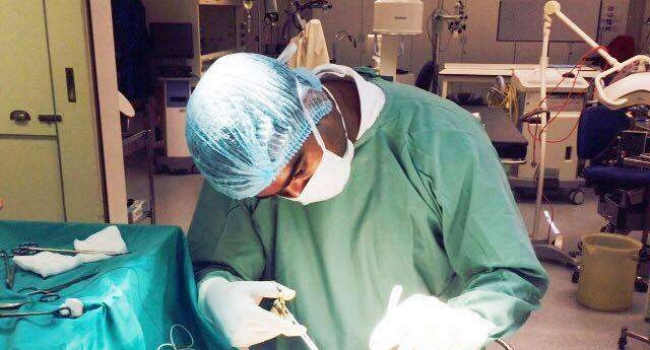 Melbourne researcher Yugeesh Lankadeva has discovered what drives kidney damage and how to asses it through a patient's urine.

The new technique could warn doctors of septic kidney damage before it becomes life threatening.

Sepsis is increasingly common and is the leading cause of acute kidney failure, killing one in three people affected—3000 deaths each year in Australia.

Up until now, the mechanisms of sepsis were poorly understood, and there was no way to detect kidney damage before it was too late.

But Yugeesh, working at the Florey Institute of Neuroscience and Mental Health, has shown that real-time monitoring of oxygen levels in the urine of patients with sepsis could predict kidney failure before it happens, and save lives.

The new, non-invasive technique would allow doctors to pick up patients at risk of developing kidney failure and will be trialled in August 2016 at Melbourne's Austin Hospital.

Sepsis is caused by our own immune system over-reacting to an underlying infection. Around half of those patients then suffer kidney failure, usually within a day of developing sepsis. One third of those patients do not leave the hospital alive, because they are not diagnosed early enough for doctors to intervene.

Sepsis can affect anyone and can be acquired both within our community (70 per cent of cases) and from hospitals and health care facilities (30 per cent). It is more prevalent amongst people with weakened immune systems, such as newborn infants and the elderly. It is also a risk for patients with pre-existing health complications—such as cancer, diabetes AIDS and kidney or liver disease—who don't have the ability to fight off these infections.

The incidence of sepsis is increasing due to our aging population and the increasing number of drug-resistant infections.

But despite that, we didn't know exactly how kidneys fail in sepsis. And doctors could not detect sepsis until irreversible damage to the organs had already occurred.

Yugeesh was able to show that while sepsis is developing, more blood overall is sent towards the kidney, but less of this blood makes it to the kidney's inner zone. As that part of the organ becomes deprived of oxygen, he proposes that cells stop functioning normally, causing the kidneys to fail.

The new, real-time diagnostic tool can detect patients that are at risk of developing kidney failure before it happens, so that early preventative strategies can be implemented.

Yugeesh and colleagues will start testing this new diagnostic tool on patients in the Intensive Care Unit at the Austin Hospital in August 2016. It's already been shown to work in patients undergoing cardiac surgery, who also have a high risk of developing kidney failure.