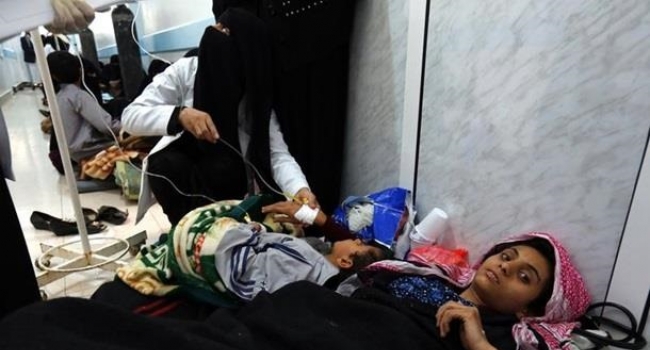 The number of suspected cholera cases in war-torn Yemen has risen to more than 100,000 since an outbreak began on April 27, the World Health Organization said on Thursday.

The rapid spread of the disease through 19 of Yemen's 23 governorates highlighted a humanitarian catastrophe in Yemen after two years of civil war that has disabled most health care facilities, according to the U.N. humanitarian office.

"To date, 101,820 suspected cholera cases and 789 deaths have been reported in 19 governorates," WHO spokesman Tarik Jasarevic told Reuters.