Acupuncture may help the dental patients 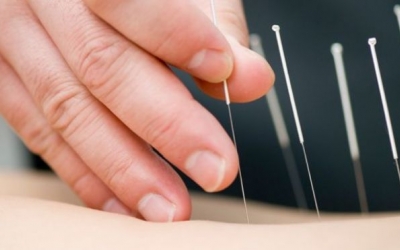 Acupuncture could help people who reflexively gag during procedures like teeth impressions, according to Italian researchers, Fox News reports.

Up to 20 percent of the population has severe anxiety at the dentist's office. People who cannot help their gag reflex may unintentionally deprive themselves of the best dental care, write Giuseppa Bilello and Antonella Fregapane, both from the of in .

Acupuncture may be one strategy to solve that problem, the pair suggests.

The researchers recruited 20 people with a history of gag reflex in the dental chair to have upper and lower teeth impressions taken under normal circumstances and then immediately after acupuncture.

For the first round of upper teeth impressions, they reported an average gag reflex score of 7 on a 0-10 scale, with 10 representing the maximum nausea sensation.

During the second round, the researchers applied acupuncture needles about 30 seconds before taking impressions and left the needles in until the procedure ended. On average, gag reflex scores dropped to just 1.

The pattern was similar for gag reflex scores during lower teeth impressions done with and without acupuncture, according to findings published in the journal Acupuncture in Medicine.

In , the British Dental Acupuncture Society offers training for dentists in certain dental applications of acupuncture.

Researchers in the current study placed needles in the PC6, EX 1 and CV24 acupuncture points on the face and wrist.

One of the positive aspects of acupuncture is that after an operation, a patient may choose to drive home, which is not possible with other treatments, such as general anesthesia.