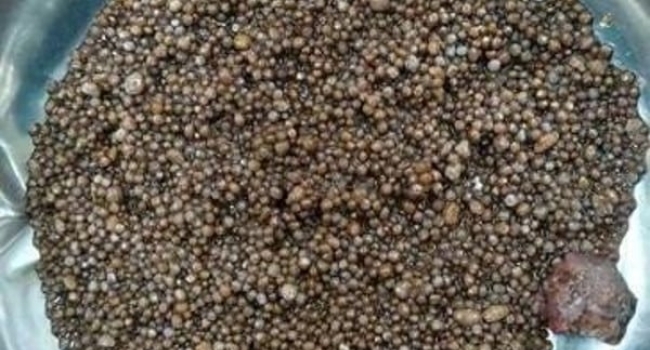 Doctors who removed a woman's kidney were shocked to find it was filled with nearly 3,000 stones.

An exam revealed her right kidney was packed with tiny stones. "We were startled when we saw it," said Mo Naixin, director of urology at the hospital. "There was a severe risk of atrophy. Only by removing the kidney could we deal with it completely," Mo said.

It took doctors almost one hour to count the 2,980 pebble-sized kidney stones inside.

Doctors said Zhang's condition was the result of infections brought on by her diabetes.