Surgeons remove nuts, bolts and JEWELLERY from a woman's stomach 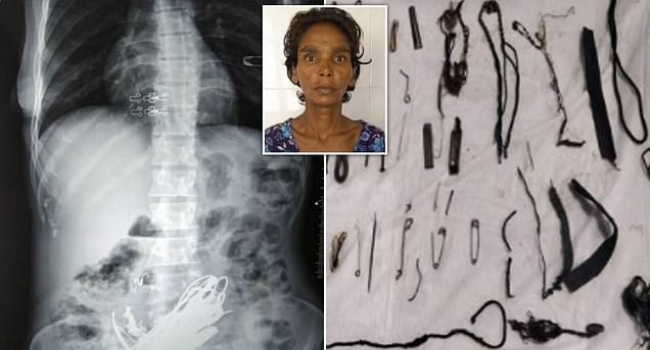 Stunned surgeons have removed around 3lbs (1.5kg) of nuts, bolts and jewellery from a woman's stomach.

Doctors in India spent nearly three hours extracting the metal objects from the woman, identified only as Sangita.

The medical team at Ahmadabad's Civil Hospital even warned one of the safety pins was dangerously protruding from her lung.

She was admitted to hospital last month after complaining of abdominal pains, according to local reports.

'The X-ray revealed a large lump in her stomach while safety pins were protruding from her lung.

'One pin had even punctured her stomach wall, prompting us to operate upon her immediately.'

Explaining her compulsion, he added: 'Acuphagia is a rare disorder where people eat sharp [metal] objects and other indigestible items.'

He said the condition was extremely rare and that the hospital only one case per year.

Local reports suggest authorities are trying to find the woman's relatives, but have so far been unsuccessful.

She has been kept under observation and her condition is stable. 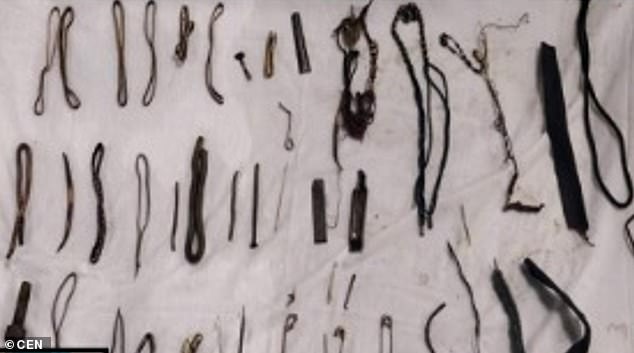