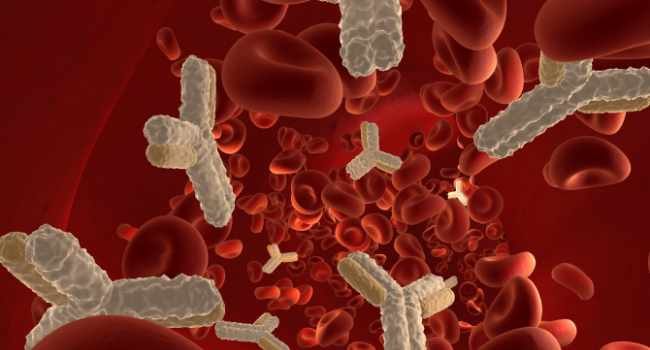 Histamine is a source of misery for millions of allergy sufferers, causing everything from itchy eyes to a runny nose every time they come across pollen or pets.

But new research suggests the naturally-occurring chemical boosts our long-term memories and may even give hope to Alzheimer's sufferers.

After giving 38 adults a drug that boosts the level of histamine in their brains, researchers found the participants were better able to recall objects they had seen days before.

Histamine is thought to boost nerve signal firing in the region of the brain - perirhinal cortex - involved in storing memories.

Although promising, another expert has stressed there is no evidence histamine eases memory loss in dementia sufferers, with the chemical even being linked to insomnia in these patients.

The research was carried out by the University of Tokyo and led by Professor Yuji Ikegaya, from the laboratory of chemical pharmacology.

Alzheimer's is the most common form of dementia and affects more than 520,000 people in the UK, according to the Alzheimer's Society. The disease has around 5.7million patients in the US, Alzheimer's Association statistics show.

Even among those without dementia, almost 40 per cent of people over 65 experience some form of memory loss, according to Alzheimer Society Canada.

In the study - published in the journal Biological Psychiatry - adults in their mid-20s were shown 128 images of everyday objects, like glasses and watches.

Several days later, they were shown 32 of the same pictures - as well as 64 new ones - and asked if they had seen them before.

'In real life, we cannot know what we forgot,' Professor Ikegaya said. 'This is why we do human memory tests with pictures on a computer screen.'

Around a week later, the participants were given either a placebo or a large dose of betahistine mesilate - a drug that increases the amount of histamine in the brain.

The participants were given a dose seven times higher than what is normally prescribed to treat dizziness to ensure the drug crossed the blood-brain barrier.

Half-an-hour after taking the drug, the participants repeated the experiment.

Results showed those who initially had poor memories recognised more images correctly. But the medication worsened the scores of those who had good memories to start off with.

Professor Ikegaya believes memories are stored along a gradient and cannot be recalled unless a certain threshold is reached.

They may slip down this gradient over time or with the use of certain drugs, the authors wrote.

'You still have the memory but you can't access it unless it is above a particular threshold,' Professor Ikegaya said.

Histamine may help push memories up this gradient, allowing nerve cells to fire a signal that helps us to remember.

But for memories already above the threshold, extra histamine may cause excessive nerve signalling that hinders the ability to recall.

The drug had no effect on the results of tests not related to memories.

Although the researchers state histamine is a 'promising target for treating cognitive dysfunction', they stress its effectiveness may depend on the dose of the drug given, how difficult the recall task is and the extent of memory loss per person.

In a second part of the experiment, the researchers gave mice two plastic toys - one they had been given before and one that was new.

Rodents prefer new toys but after three days they forget and treat the toys as 'new', the researchers claim.

Half-an-hour after receiving the histamine-boosting drug thioperamide, the animals could recognise toys they had seen as long as 28 days ago. But by day 29, all the toys were 'new' to them.

The rodents' memories were evaluated based on the amount of time they spent 'exploring' each toy.

When the mice were put down and their brains examined, the researchers found thioperamide specifically increased histamine in the perirhinal cortex. Histamine also reactivated the same nerve cells that are 'alive' when making memories.

'This study shows that altering the histamine system in the brain can have some small benefits in how people recognise pictures, but not other types of memory or thinking skills,' he said.

'Studies like this help scientists understand how the brain works, but it's unclear whether this approach could be used as an effective medicine in Alzheimer's.

'Boosting histamine levels is a strategy that has been explored over a decade ago in clinical trials for Alzheimer's disease, where sleep disturbances outweighed the small benefits in memory skills, meaning that these didn't make successful medicines.'

Professor Ikegaya also stresses further research is required before histamine can be recommended as a memory booster.

'To any students thinking about using this drug as a study aid, I must warn them to first always protect their health and second to realise we have not tested whether this drug helps anyone learn or memorise new things,' he said.

'Increased histamine helped research participants remember an image they knew once but couldn't remember during a long-term memory word-association test.'

The improved ability to recall memories may also bring back sad or scary times, which may trigger post-traumatic stress disorder, the researchers warn.

They are planning to investigate how histamine may affect the memories of older adults.