How eating a Western diet makes you more prone to listeria 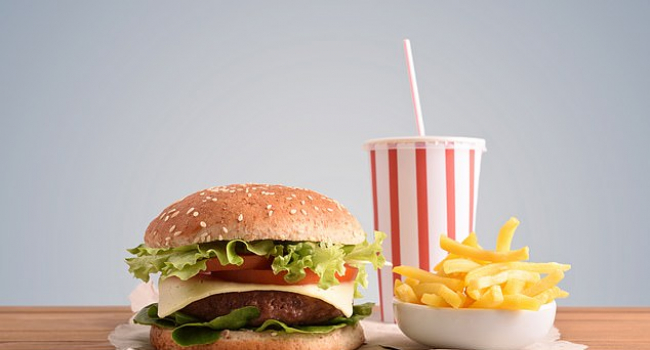 A high-fat and low-fibre Western diet may increase the risk of listeriosis, a life-threatening infection.

Tests on mice showed the consumption of this diet affected their gut bacteria, making them more susceptible to listeriosis.

Listeriosis, which can kill and is very dangerous to those with a weak immune system, is caused by the bacteria Listeria monocytogenes.

Scientists at University of Cork in Ireland wanted to assess how infections may be fuelled by the Western diet.

Mice were fed with either a low-fat diet, a high-fat diet, or a control chow diet for 13 days for the study, published in the journal Microbiome.

Then the mice were infected, with the progression lasting three days before they were euthanized.

Samples of their liver, small intestine were analysed to look at the response to diet and infection.

Faecal samples from before, during and after the experiment were also examined, to look at gut bacteria.

Feeding mice with a 'Westernised' diet, even though it was a short period, affected both the immune system and the composition of the gut.

The number of goblet cells in the gut, which are the target for infection by Listeria bacteria, increased.

The Western diet is known to play a driving role in the obesity epidemic gripping the world and type 2 diabetes.

But its links to infectious disease haven't been researched as much, the team led by Dr Cormac Gahan said.

He added: 'Our results suggest diet may be a significant influencer of resistance to infectious disease through effects on the gut microbiota and immune system.

'This has important implications for human health, especially during pregnancy, in old age and in immunocompromised individuals.

The authors also added: 'The data are consistent with the concept that a HF [high fat] diet promotes a pro-inflammatory state in the host.

'The effects of diet were also seen beyond the gut, with reduced levels of immunity throughout the body.'

They also found 'local alterations to gastrointestinal cell function and changes to the gut microbiota that enhanced the progression of listeria infection'.

Listeriosis is marked by high fever, intense headaches, body aches and stiffness, as well as gastrointestinal symptoms like pain, nausea and diarrhoea.

The US has seen in increase in foods recalls by 10 per cent due to the threat of the dangerous infection in the past five years.

And jars of butter made by Oskri were voluntarily recalled earlier this month by the company over fears that they may be contaminated with listeria.

In the UK, frozen meals, frozen vegetables, scotch eggs and smoked salmon were among dozens of items swiftly removed from shelves at shops.