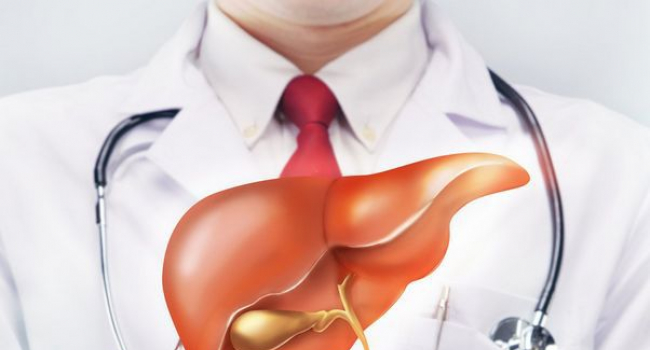 A large population-based study in the UK has revealed new evidence that large numbers of young adults have features suggestive of nonalcoholic fatty liver disease (NAFLD), and that one in 40 of these have already developed fibrosis. The Children of the 90s study, based at the University of Bristol and presented today at The International Liver Congress™ 2019 in Vienna, Austria, suggests that greater awareness of NAFLD is needed among young adults if a public health crisis is to be avoided.

NAFLD is described as the accumulation of lipids in the liver (steatosis) that is not related to alcohol consumption. The condition is considered the hepatic manifestation of metabolic syndrome and has a clear association with obesity, diabetes and hyperlipidaemia. NAFLD is the most common form of chronic liver disease among both adults and children, with an estimated global prevalence of 20-30%, although this varies with age. Prevalence is continuing to rise, which has major public health and economic implications, including increased cardiovascular disease-related morbidity, greater burden on transplant services, and a rising hepatocellular carcinoma (HCC) prevalence.

For the study presented today, investigators from the University of Bristol in the UK evaluated 4021 young adults from the Avon Longitudinal Study of Parents and Children (ALSPAC) prospective birth cohort, which had previously been assessed for NAFLD as teenagers using ultrasound criteria. The prevalence of NAFLD in the original cohort of teenagers was 2.5%. Revisiting the same cohort as young adults (mean age of 24 years), the investigators used transient elastography to assess steatosis and fibrosis. All individuals with known excessive alcohol intake were excluded from the analyses.

Of the 3128 individuals whose scans were eligible for analysis, 76/3128 (2.4%) had some degree of fibrosis and eight (0.3%) had fibrosis evaluations equivalent to stage 4 (F4) fibrosis. A total of 680 out of 3277 individuals (20.8%) were found to have steatosis (indicative of NAFLD), with just under half of these (n=331; 10.1% of the entire cohort) staged as severe (S3). A positive association was observed between increases in liver enzymes (alanine aminotransferase, aspartate aminotransferase, and gamma-glutamyl transferase), increasing fibrosis (F) scores (all p?0.002), and increasing controlled attenuated parameter (CAP) scores (p<0.001), indicative of liver damage. Positive associations were seen between F score and CAP score (p<0.001) and between increasing steatosis grade, cholesterol levels, triglycerides, and low-density lipoprotein (p<0.001). Finally, BMI rose significantly with both F and CAP scores (p<0.001 for both).

'This is the largest study to date to analyse fibrosis and steatosis in young adults with suspected NAFLD using transient elastography,' said Dr Kushala Abeysekera, from the University of Bristol in the UK, who presented the results of the study. 'We were concerned to find that, at only 24 years of age, one in five had steatosis and one in 40 had evidence of fibrosis, based on elastography results, in a group of largely asymptomatic, predominantly Caucasian young people.'

'The results of our study suggest greater public health awareness of NAFLD is needed in young adults in the UK.'

Prof Philip Newsome (Vice-Secretary, EASL) said, "These data highlight the impact of the obesogenic environment and, in particular, its role in the development of NAFLD in a much younger sector of the population. This requires swift changes in public policy if we are to defuse the ticking time-bomb of obesity and NAFLD."