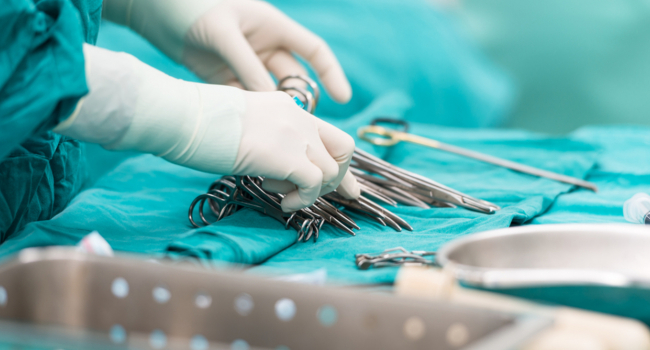 A tumour weighing an astonishing 15kg has been removed from a teenage girl’s womb. The enormous cyst was removed from a 16-year-old’s uterus by doctors in India. Medics were baffled to discover the growth deep inside the girl’s reproductive organ during surgery at the Sarin Hospital, in Punjab.

Doctors made the decision to operate on the girl, after failing to treat her sickening stomach pains and after she had stopped having periods. When medication failed, the girl was taken for surgery on Wednesday April 17. She has been given ‘new life’ after the cyst was successfully taken out of her womb. The tumour is not thought to have been cancerous and the girl is expected to make a full recovery.

Her operation was done by the hospital’s cancer treatment specialist, Dr Vivek Gupta. The girl’s father, Ravidarpal Singh, from the Ferozpur district of Punjab, says the family knew something was wrong when his daughter stopped having periods. She was initially treated by doctors for pain, but was sent to see a specialist when the symptoms got worse. Following initial assessments, doctors discovered the huge cyst in her uterus. 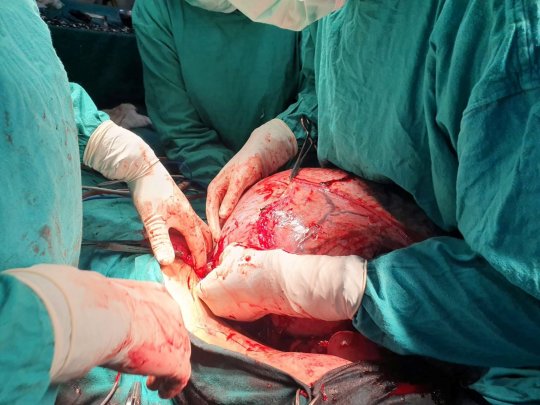 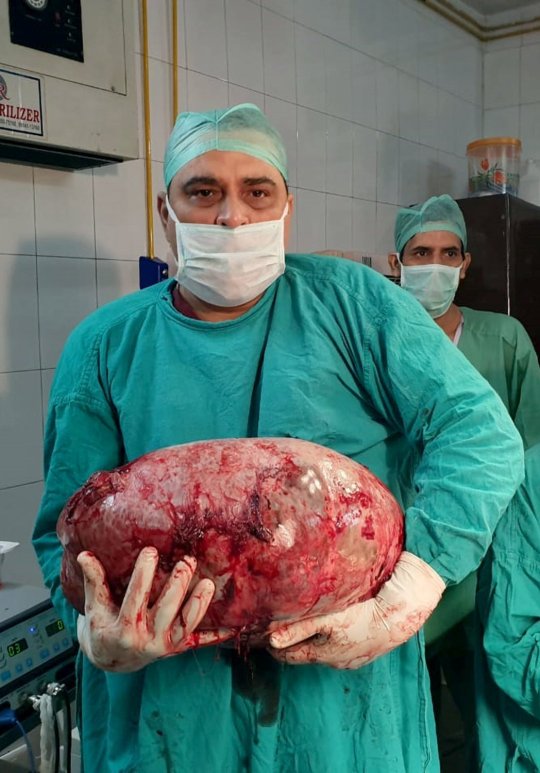 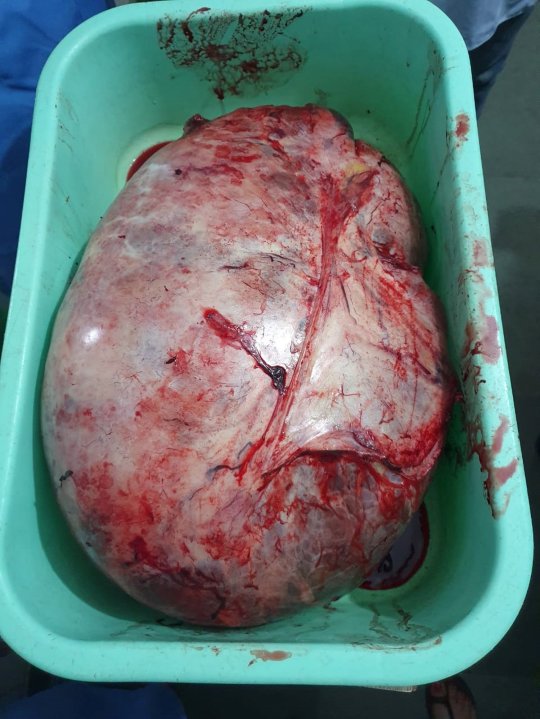