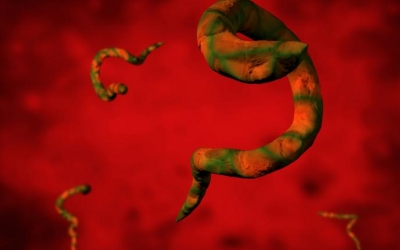 The very idea of ingesting medicines containing eggs of whipworms found in pigs' guts would be revolting enough to give some of us indigestion. But there is an increasing body of evidence suggesting that helminthic therapy, a therapy that requires inoculation with specific intestinal parasites, such as the pig whipworm, could actually cure diseases like inflammatory bowel disease, rheumatoid arthritis, multiple sclerosis, diabetes, and autism. Helminthic therapy recently got more backing after a group of researchers successfully mapped the genes of the pig whipworm parasite, Medical Daily reports.

Most of the diseases that helminthic therapy targets are autoimmune diseases. While genetic predisposition does play a role, many researchers believe that autoimmune diseases are the curse of our times, thriving from our excessive compulsion to be hygienic. By keeping ourselves as clean as possible, we've also limited contactwith bacteria and viruses that may have helped us develop a natural immunity against harmful ones — in some cases, this may have led autoimmune diseases to thrive.

All of this is based on a theory called the hygiene hypothesis, which states that these diseases are more prevalent in "germ-free" Western countries, as compared to developing countries. The solution to this problem, according to medical researchers, is to reintroduce helminths, or parasites, that allowed our ancestors to develop immunity against several diseases. One of these parasites is the pig whipworm, commonly found in the gut of pigs, although it can be found in other species too. Although the pig whipworm causes disease and loss in livestock, it does not cause disease in humans because they can only survive in the human body for a short time.

Contrarily, the '"human whipworm," Trichuris trichiura, is more harmful, and not good for use medicinally, as it causes roundworm infection. It affects about one billion people, who mostly live in developing countries, and causes dysentery, malnourishment, and impairment of physical and mental development.