Woman suffers third degree burns after half an hour in sun 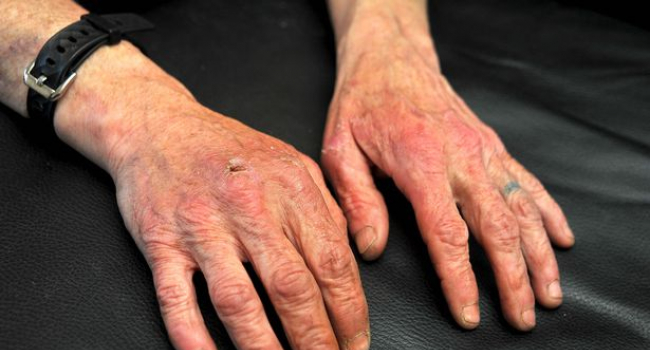 A Hull woman has been left with third degree burns on her hands after sitting in the sun for just half an hour.

Wendy Sennett, 58, was horrified to see her hands swell before her eyes and later discovered the rapid sunburn was due to the steroids she had been taking which had weakened her skin.

She now wants to warn others not to let it happen to them.

She said: "I was only in the sun for half an hour – but my hands are an absolute mess.

"They are double the size they should be. My right hand is so swollen I can hardly see knuckles, they are scabbed, red raw and so painful.

"I didn't know steroids weakened your skin, I was totally surprised because I’d never heard that before in my life, I should have read the leaflet but like an idiot I didn’t, I just took the doctor's word for it that I’d be safe."

Ms Sennett, of Preston, near Hedon, burnt her hands on Saturday, May 4, while at a paint balling centre in Birmingham and was treated by St Johns Ambulance, who were on the scene.

She was told to stop taking the steroids and treated with a double base gel and also given Indometacin tablets tablets to reduce the swelling.

However, after 12 days, she says her hands are still painful to touch.

She hopes by telling her story, other people will take care when in the sun and taking steroids.

She added: "I don't think a lot of people would know. I'd like to warn people who are on steroids - do not expose your skin to the sun." 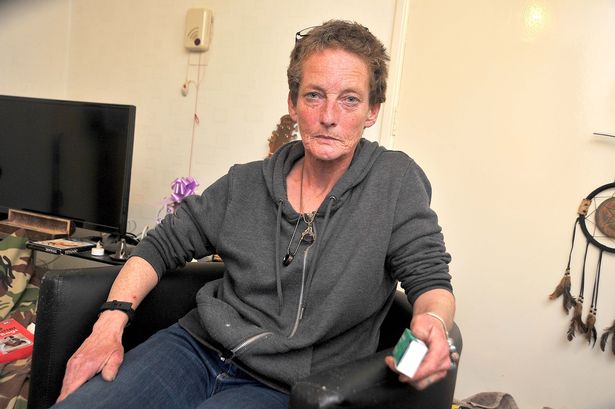 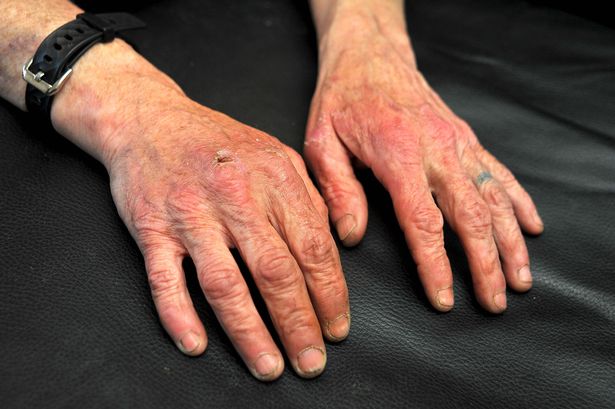