Trip to the dentist cost me my limbs: Man woke up from a coma to find both his arms and legs had been amputated and part of his face removed 'after a tiny nick on his gums caused deadly sepsis' 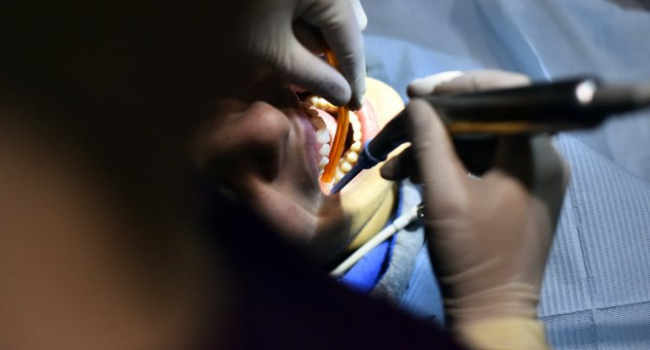 A sepsis survivor has told how he woke from a coma to discover both his arms and legs had been amputated and part of his face had been removed.

Tom Ray was fit and healthy and living in Rutland in the East Midlands before he contracted sepsis at the age of 38 in 1999.

He spent three months in a coma during which time his wife Nic gave birth to their second child Fred, a brother for Grace.

Due to his illness, the family lost their business and had to sell their home. Nic is now his carer.

Mr Ray's sepsis – caused by a cut to his gum during a trip to the dentist, combined with a chest infection – came on rapidly and led to vomiting and a high temperature.

He fell into a coma and when he awoke he could not recognise his wife.

Speaking on Radio 4's Today programme, he explained: 'I had visited the dentist a few days before and they nicked my gum with one of those sharp instruments they use to scrap tartar away.

'It coincided with a bout of flu and that's how I believe it was contracted.'

Mr Ray visited his local doctor who admitted him straight to A&E. But he was left waiting for 10 hours while medics considered the different possibilities, he said.

He added: 'The real problem is the delay in getting blood test results back. That took many, many hours.

'By the time they were returned showing clear sepsis, it was far too late. Sepsis will kill you within a few hours.

'When I surfaced from months in an induced coma I couldn't remember anything about my past life.

'There was a beautiful woman sitting next to me with a newborn baby and she introduced herself to me as my wife.

'Everything had disappeared from my memory and I had to relearn everything about my past.'

Mr Ray revealed his daughter Grace didn't recognise her father for weeks after he woke up from the coma.

He previously said: 'Grace came in and said, "That’s not my daddy". It was horrible. I tried to tempt her in with stories and presents.'

Mrs Ray gave up her job to be her husband's full-time carer once he was discharged from hospital.

He was struggling with deep depression coming to terms with his injuries and learning to use his prosthetics.

The couple were forced to sell their home and move in with Mrs Ray's mother.

Their heartbreaking story was made into a film called Starfish, starring Downton Abbey’s Joanne Froggatt, in 2016.

Mr Ray told his tale to delegates at the Royal College of Nursing (RCN) conference, explaining how there were delays to his diagnosis for sepsis.

On his website, he says: 'Every doctor that saw me on admission to hospital missed what were the classic signs of sepsis.

'They didn't know what was wrong with me so I was simply put into a side ward, the curtains were closed around me and I was left to die.'

In his speech to the RCN, Mr Ray called for more support and mandatory training for all members of the nursing and midwifery professions.

He said: 'Poor outcomes for patients are equally dramatic for staff, friends and family.

'And they will continue to happen if nursing staff are over-stretched, under-trained and unsupported.

'My own experience has placed huge strain on myself, my family and my carers – and it should never have happened.

'Damage and even death from sepsis will continue until there is a commitment to educate all staff to give every patient the care and attention that is needed to spot and treat sepsis as fast as possible.'

Sepsis occurs when the body reacts to an infection by attacking its own organs and tissues.

Some 44,000 people die from sepsis every year in the UK. Worldwide, someone dies from the condition every 3.5 seconds.

Rose Gallagher, professional lead for infection prevention and control at the RCN, said: 'Without the right number of nurses with the right training, we will struggle to identify and manage potential cases of sepsis – and we must have better public awareness to help people recognise the potential symptoms of sepsis and seek help quickly.

'Life can be challenging not only for patients but also for their families.'

Mr Ray's clinician, Pippa Bagnall, said: 'Investment in nursing staff education shouldn't be seen as a cost – it's an investment that everyone benefits from.

'Two hours of training for each nursing professional could massively reduce the £15 billion cost of sepsis to the NHS.' 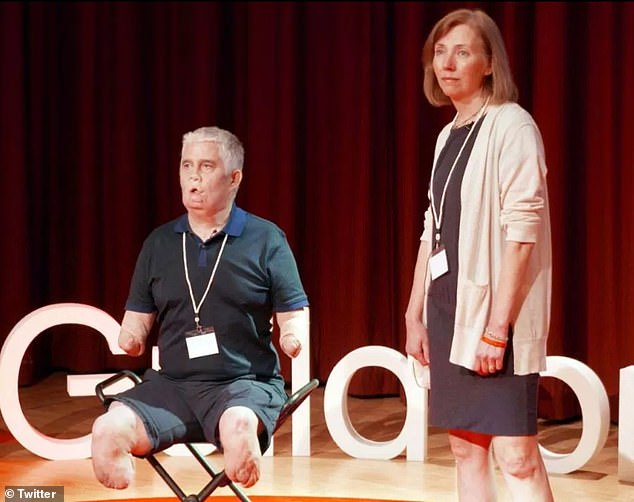 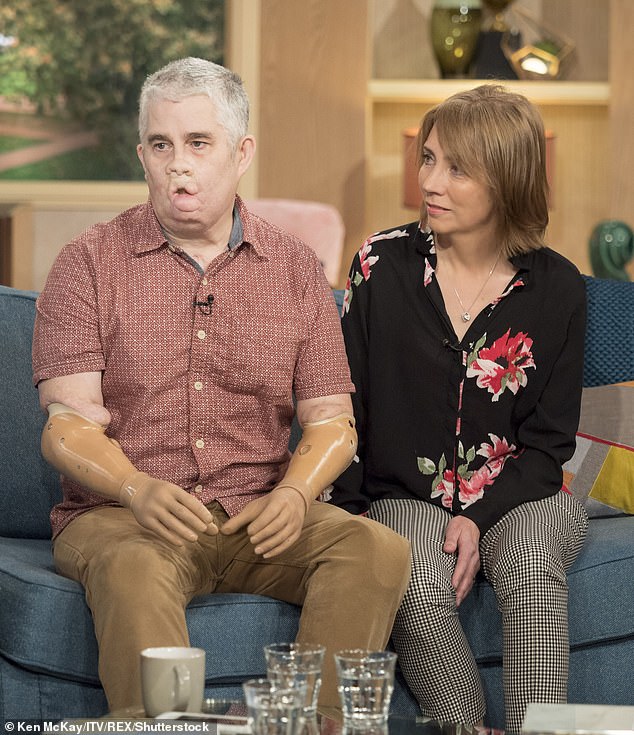