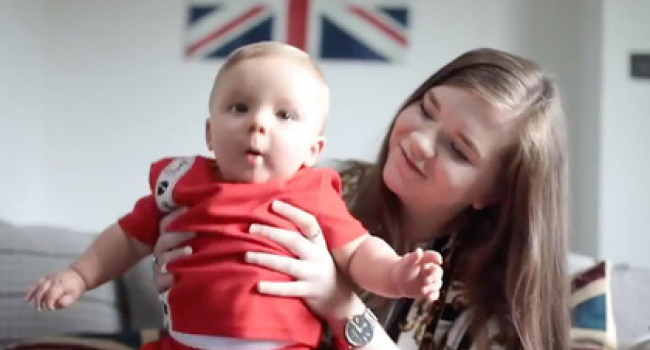 Little Noah almost died after he caught herpes from kiss at his christening, The Sun reported.

Shortly after christening, Noah's mom, 21-year-old Ashleigh Whit, from the English city of Barnsley, South Yorkshire, noticed that the baby, who was only 4 weeks old, had an inflamed right eye. The worried mother immediately suggested that the child had herpes, and turned to doctors for help. The results of the survey, obtained in a few days, confirmed her suspicions.

When doctors told the first-time mum her son had likely caught the virus from a kiss from an infected adult, she realised it must have happened at a christening they'd been at five days earlier.

"He was only four weeks old. We went to a christening where friends were holding and kissing him - it could have been any of them,” she said.

After discharging from hospital, the child was given a prophylactic antiviral agent, but in March 2019 his health deteriorated again. He spent 2 weeks in the intensive care unit, after which he was prescribed medication until March of the following year.

Now the boy is 9 months old. Nothing threatens his life, but he will have to be regularly examined at the hospital for a long time.

Experts urge young parents not to allow other people (even close relatives) to kiss newborn children. The child’s immune system is still weak, and during a kiss, they can become infected with viruses that are not dangerous for an adult, but are deadly for a child.