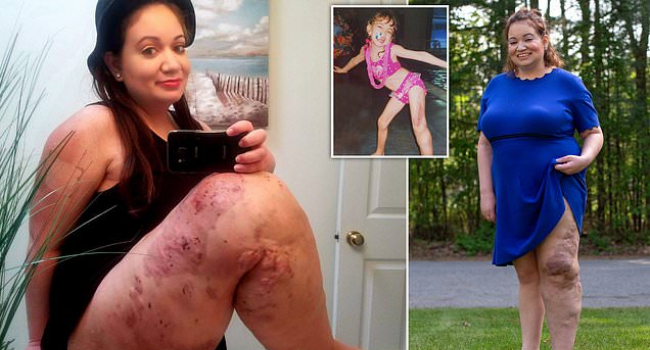 Arianna Faro, 28, was the first patient in the US to have a giant limb reduced with an anticancer drug, The Daily Mail reported.

According to the source, Arianna has Klippel-Trenaunay Syndrome, which affects the development of blood vessels, skin, muscles and bones, and it has caused her right leg to double in size.

After spending most of her teen years bed-ridden and enduring more than 50 surgeries, she Faro developed severe depression.

However, now, apparently, the torment of a woman came to an end thanks to the use of cancer drugs for three months. And these drugs have been used for the first time in US for such a treatment. There have been no details about the treatment year, but Arianna is full of optimism, and hopes enjoy the farewell of the severe pain.

“I have been extremely impacted by this condition, I was spending most of my time in bed unable to walk. I went through a major period of depression and anxiety. It seemed at the time like things were hopeless,” she said.