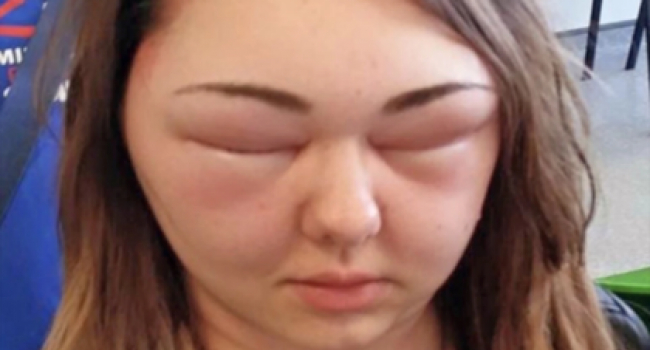 A 24-year-old Steph O'Dell from the UK faced a terrible allergic reaction after dyeing her hair, The Sun reported.

She was in hospital for five days after she became blind and her face has tripled in size.

The woman has decided to dye her hair ahead of her fly to Amsterdam on the 18th anniversary of her sister.

Steph had first discovered she was allergic to the chemical parapheny-lenediamine (PPD), a common ingredient in hair dye, as a teen.

Two weeks before staining, Steph visited the salon, where the master tested the allergic reaction to the paint she was going to use. There were no problems. The master also assured the girl that the paint was organic and would not touch the scalp.

However, the day after the staining, when O’Donell was already in Amsterdam, she faced the terrible allergy.

“My glasses began feeling tight and my neck felt like it was on fire. I hoped the swelling would go down,” she said.

The girl was taken to the hospital, where she was given an antihistamine and eye drops. Doctors admitted that they had never seen such a strong allergic reaction before.

"Nurses were worried about my breathing, as my neck was swelling. I thought I was going to die and had a panic attack,” she said.

Steph spent five days in hospital and was given steroids.