Baby loses his all four limbs 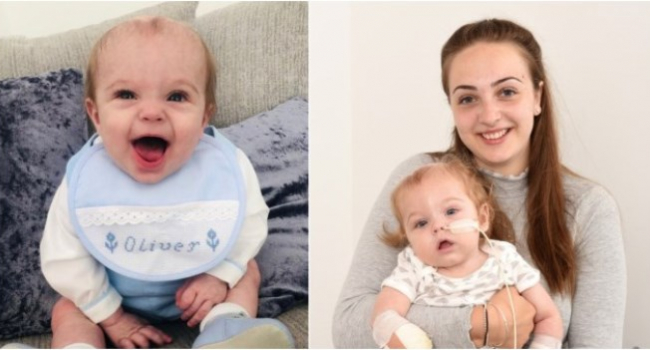 One day his mother Abigail Wardle drew attention to the ailment of the child, but the general practitioner assured her that there were no serious problems. The next day, the baby's condition worsened, while he was diagnosed with sepsis due to an undiagnosed throat infection.

Oliver survived, but lost both his arms both legs. His mother says with horror that the processes of decay in the tissues of his legs were so strong that they led to self-amputation of the limb when she tried to lift the baby from the crib.

Now, after all the upheavals experienced, Abigail is happy that her child was able to survive. According to her, despite his disability, Oliver is full of life, and tries to be physically active.