Teen hospitalized after shoving 3.5inch needle into his sexual organ 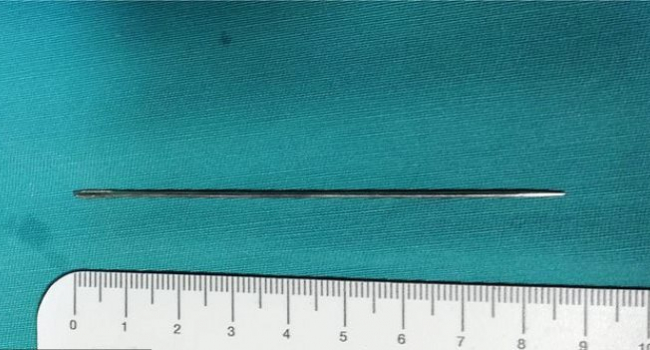 A 14-year-old teenager from Tunisia was hospitalized after putting a 3.5inch needle into his sexual organ, Daily Mail reported.

The teenager admitted that he took such a strange step for sexual pleasure. The needle penetrated the penis to a depth of 5 cm, and doctors had to use surgical forceps to remove it.

In a case report they said cases like this are 'very rare' and revealed patients' diagnoses are often delayed because of 'shame and embarrassment’.

The team listed two dozen other bizarre objects people have had to have removed from their genitals, including wires, straws, light bulbs and even a squirrel's tail.