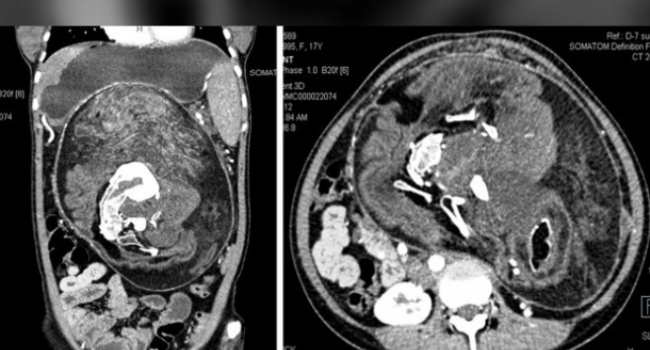 A unique case of the development of an embryo in an embryo has been identified in India, BMJ reported.

A 17-year-old unnamed girl turned to doctors complaining of pain and growing mass in the abdomen. Scanning revealed the presence fatty and soft tissues in the mass, as well as calcified fragments resembling in their shape vertebrae, ribs and long bones.

A lump measuring 30 x 16 x 10 cm was removed surgically. After examining it, doctors found hair, bones, teeth and various parts of the body in it, which indicates the so-called fetus in fetu. This is an anomaly in which there is a mass of tissues that resembles a fetus forming inside the body of another fetus.

The embryo in the embryo occurs approximately once per 500 thousand live births. The medical literature describes less than 200 such cases. It is reported that fetus in fetu is more common in males.

The operation was performed two years ago, and doctors indicate that the patient has no health problems.