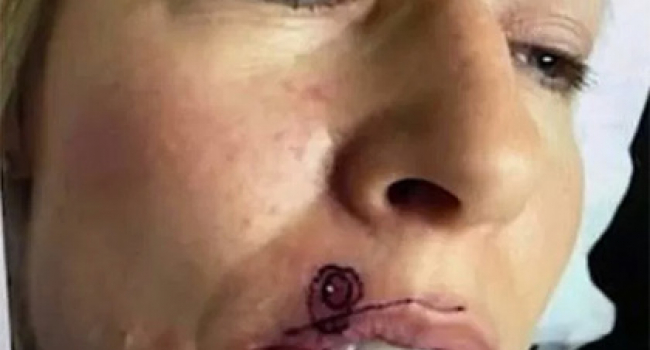 A small and inconspicuous spot over Tracy French’s lip from the Canadian province of Nova Scotia turned out to be a sign of dangerous skin cancer, The Sun reported.

A small spot of light pink appeared on the woman's face several years ago. Over time, the spot was covered with thin scales. The woman’s dermatologist was alarmed, but for some time the patient did not attach importance to the neoplasm until it began to blush.

Tracy finally went to the hospital, where she was sent for a biopsy. They found squamous cell carcinoma, a malignant tumor of the skin.

Tracy was operated on, the tumor was removed. Now she feels well, and advises all readers to carefully protect the skin from direct sunlight and consult doctors with the first appearance of any unusual spots on the skin.