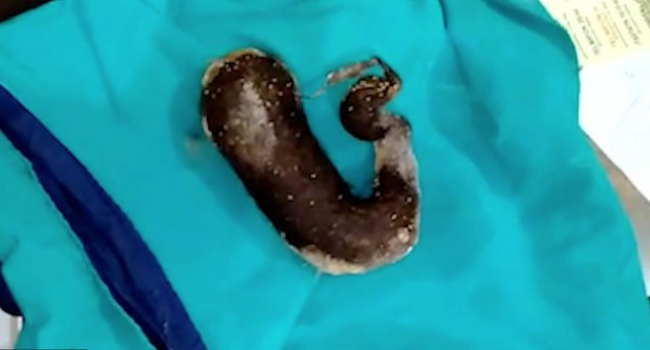 A clump of hair weighing 1.4 kg was removed from the stomach of a 14-year-old Indian young girl, Daily Mail reported.

According to the source, the girl suffered from Rapunzel syndrome - an obsessive eating of hair, which is often accompanied by pulling it out of the head. A patient named Pooja was hospitalized with complaints of stitching abdominal pain and vomiting. She was so weak that she could not even walk on her own. To identify the cause of the ailment, a series of examinations have been conducted, including  a CT. Pooja needed a surgery during which surgeons removed a 1.4 kg block of hair from the stomach.

To achieve the full effect of the girl’s treatment, doctors were forced to shave her before treatment.

Rapunzel syndrome can have very negative health consequences, causing a rupture of the intestines, pancreatitis or appendicitis.