Another vaping victim: Young man connected to life support device for 10 days due to pulmonary failure 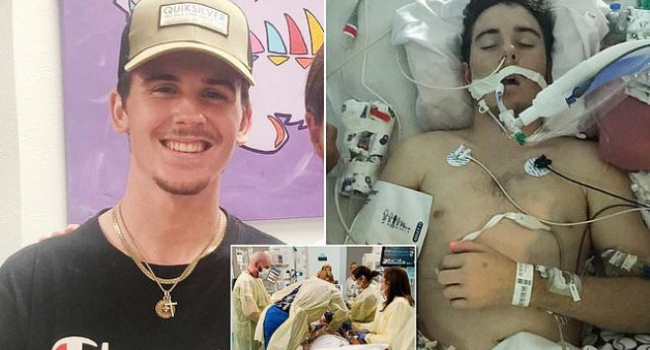 Another case of lung damage after vaping has been recorded.

According to foreign media reports, a 17-year-old Texas resident, Tryston Zohfeld, was vomiting. He had a fever and weight loss for several days. The teenager needed urgent hospitalization. Doctors could not make an accurate diagnosis until parents mentioned that Tryston has been smoking vapes since eights grade.

The young man spent 18 days in the intensive care unit, of which 10 days were connected to the life support apparatus.

Triston lost almost 14 kg, and his muscles were so weak that he was forced to learn to walk again.

Meanwhile, the US Centers for Disease Control and Prevention (CDC) is investigating 127 cases of lung damage in teenagers and young people after vaping.