Doctors remove 5-inch growth from newborn right after her birth 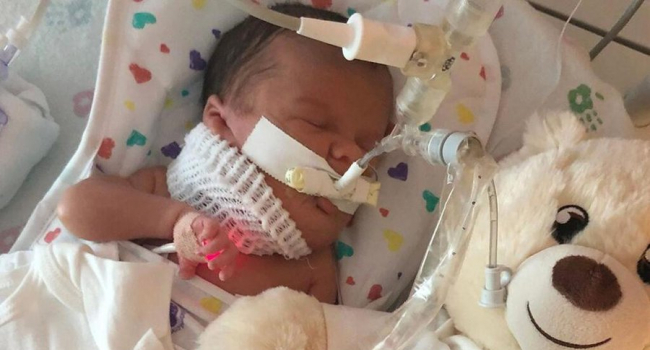 Doctors have removed a large cystic hygroma in a newborn right after her birth, Fox News reported.

When Bella-Rose was born on August 27, the growth had reached over 5 inches in size, which left her father in shock.

"During the delivery they had 40 doctors watching who were in separate teams working on their own part of the birth, it was terrifying," Burress told Caters. "I was not allowed in the operating room, I must have paced three or four miles around the hospital whilst the birth was happening. As soon as I saw Bella come out of the room I was crying like a child, it was very emotional. I was sick to my stomach when I first saw the growth because I was in so much shock, I expected a tennis ball-sized growth, but it was twice the size of her head."

Bella is now on her way to full recovery and is expected to reunite in October with her five brothers and sisters. Parents claim that their bond has strengthened thanks to this occasion, and that they cannot wait to see how Bella grows up and leads a normal life.

According to Johns Hopkins Medicine, cystic hydroma, or lymphangioma, is a congenital malformation of the lymphatic system that is most commonly found in the head and neck.