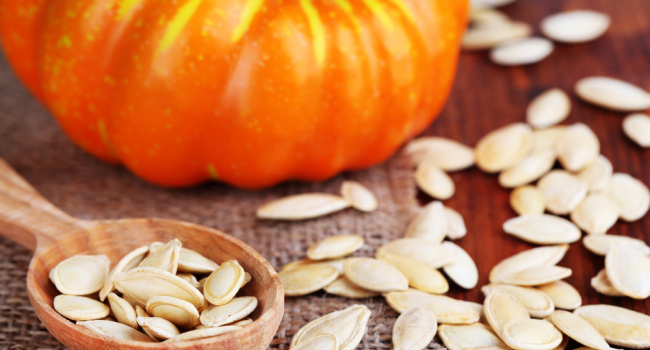 It’s good for people with hypertension to eat pumpkin seeds regularly: they help keep pressure under control, as it turned out in a new study, which was supervised by the American Association of Cardiology.

Specialists from New Orleans during the study for two months regularly fed rats with high pressure pumpkin seeds, which were mixed with regular food. Nutrients derived from seeds accounted for 4% of the daily calories consumed. By the end of the experiment, in rodents, blood pressure decreased by an average of 20%.

Scientists associate the effect of pumpkin seeds on blood pressure with the potassium and magnesium contained in them, which strengthen blood vessels and stabilize the cardiovascular system. Pumpkin seeds also contain a large amount of fatty acids, which protect the inflammatory processes in the vessels.

But can the results of a rat study be applicable to humans?

According to the authors of the study, it is impossible to say with certainty that in humans everything will be the same as in rats, but the fact that a healthy diet, including the inclusion of pumpkin seeds in it, can really positively affect a person’s state of health.