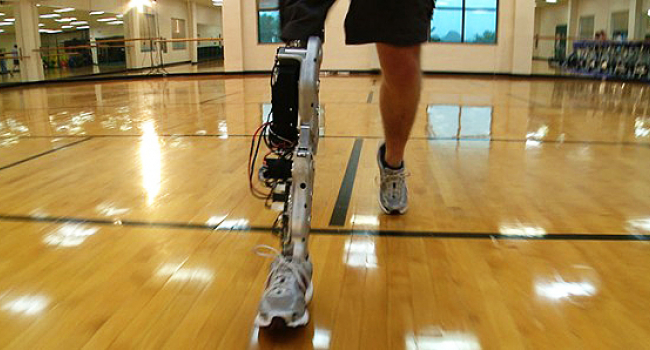 An international team of scientists has developed a bionic prosthetic leg, thanks to which the patient feels when walking the touch of an artificial foot to the ground and the bend of an artificial knee. To achieve this result, specialists connected the prosthesis sensors with the nerve fibers of the thigh, the Federal Technical University of Zurich (ETH Zurich) reported, which led scientific and engineering research together with SensArs, a technology company based in Lausanne.

The presence of feedback between the bionic prosthesis and neurons significantly reduces the load that a person experiences when walking. When using a conventional prosthesis, there is no constant monitoring of muscular load. This significantly limits the mobility of people who have experienced amputation. In addition, they may experience phantom pain in the amputated limb.

A bionic prosthesis with neural implants was positively evaluated during the three-month experiment by two participants, each of whom had a leg amputated above the knee. Scientists have developed an algorithm that converts the information received from the contact of an artificial foot with the ground into an electrical impulse that enters the human nervous system. This signal is transmitted by the nerves to the brain. Thus, the subject can feel the prosthesis and adapt it to his needs in order to maximize convenience.

Walking with a bionic prosthesis requires less effort. The nervous system experienced less stress: the person feels more confident. The subjects did not have to concentrate all their attention on walking, and they could devote more attention to solving other problems. Walking on the sand accelerated significantly.

The technology developed by scientists also allowed the treatment of phantom pains. Before the experiment, both subjects complained of such pain. After a course of neurostimulation lasting a month, in one of the patients the pain subsided significantly, while in the other they disappeared completely.