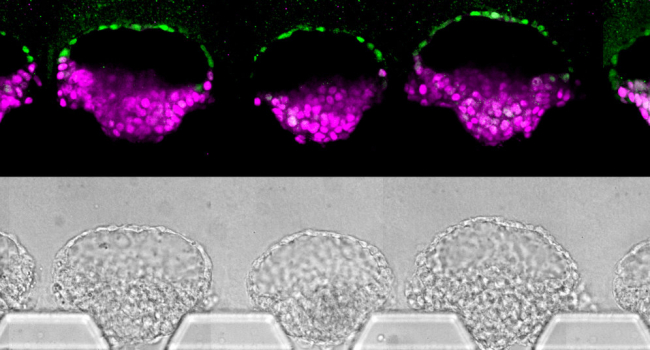 Scientists have invented a device that can produce a large number of living creatures that resemble very primitive human embryos, NPR reported.

Researchers welcomed the development described in Nature magazine as an important step in the study of the earliest days of human embryonic development. But it also raises questions about where to draw the line in the production of synthetic human life.

Scientists previously created synthetic embryos, which are also known as embryoids. These objects are created by coaxial action on human stem cells with the formation of structures found in very early human embryos. The study raised questions about how similar to full embryos they can and should become.

New work is pushing such research further by creating a method that can quickly generate a relatively large number of embryoids.

"This new system allows us to achieve a superior efficiency to generate these human embryo-like structures," says Jianping Fu, an associate professor of biomedical engineering at the University of Michigan in Ann Arbor, who led the research.

Fu calls the step "an exciting new milestone for this emerging field" that should significantly improve the ability of scientists to study early human development.

"Such human embryo-like structures have a lot of potential to open what we call the so-called black box of human development," Fu says.

He is referring to the first few weeks after the sperm fertilized the egg when the embryo is inside the woman’s body and is difficult to study. The rules prohibit scientists from conducting embryo research after 14 days for ethical reasons.

Fu says the ability to produce large numbers of embryos that are not covered by the 14-day guideline will give scientists a new understanding of important health problems, including ways to prevent birth defects and miscarriages. In addition, researchers can use embryoids to screen drugs to determine if drugs are safe for pregnant women.

"Such research can lead to a lot of good," Fu added.