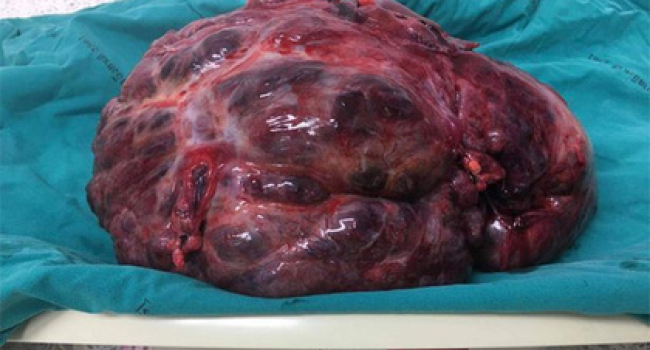 Doctors removed a huge 5-pound tumour from the stomach of a 52-year-old man in Thailand, Mirror reported.

The patient, according to The Mirror, turned to the therapist with acute abdominal pain. Using computed tomography, doctors found a 12lb tumour in his stomach.

Doctors were afraid that the tumour could interfere with the work of the patient's internal organs, including the liver and digestive system, so the patient was urgently operated on. The operation lasted about 90 minutes and was quite complicated: the tumour grew into the liver, small intestine and stomach, and surgeons had to act very carefully so as not to damage the patient's internal organs. Doctors also feared that the man’s condition would worsen due to loss of blood or sudden shock.

Experts believe that the tumour is benign, but it will still be sent for analysis to make sure that it is definitely not malignant.