Pseudomonas aeruginosa bacteria toxin can be used as antibiotic 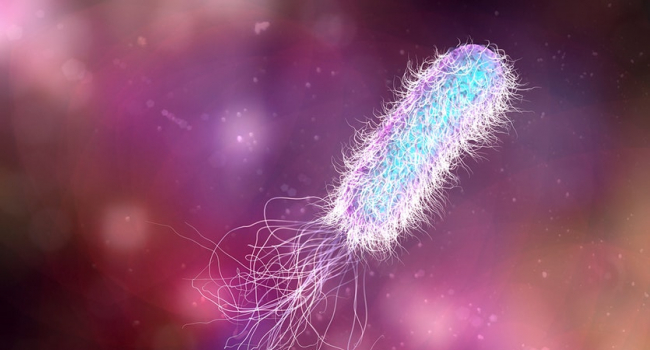 Scientists from Imperial College London have discovered a toxin that can be used as an antibiotic in the bacteria Pseudomonas aeruginosa, Naked-Science reports referring to Cell Reports.

Microorganisms have developed a huge number of tools and strategies to combat competitors. T6SS have become one such means. This is a bacterial weapon in the literal sense of the word that many gram-negative bacteria have. T6SS acts as a molecular crossbow: a protein "arrow" with a tip in the form of a toxin is thrown out of a special cover on the surface of the attacking cell and pierces the cell wall of the "victim".

Scientists studied the VgrG2b protein domain, which plays the role of a “tip” in the T6SS system in Pseudomonas aeruginosa. Analysis of the structure of the toxin showed that it is a metallopeptidase - an enzyme that destroys proteins. Its target is the cell wall and the membrane of the victim cell, the structures responsible for the integrity of the cell and its protection from external influences.

The effect produced by VgrG2b resembles the result of β-lactam antibiotic - for example, penicillin. These antibiotics disrupt trans - and carboxypeptidases, enzymes that synthesize peptidoglycan, the main component of the cell wall of bacterial cells. Researchers suggest that Pseudomonas aeruginosa toxin can be used to create new antibiotics, which are also effective against multiple drug resistance bacteria.