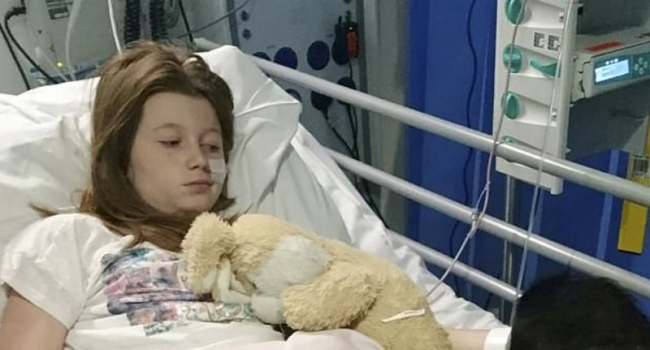 A ten-year-old girl Gracie Whittick had a stroke while getting ready for school - despite showing no warning signs, her mother has revealed, Daily Mail reported.

When the girl lost consciousness, her mother immediately called an ambulance, and she was taken to the hospital, where the doctors revealed that she had an ischemic stroke caused by a blood clot in her brain. However, they did not reveal any problems that could contribute to this.

The next six weeks the girl will spend in the hospital. She underwent a 3-hour surgery, during which a blood clot was removed from her brain. Fortunately, they managed to carry out the procedure on time, and there were no irreversible consequences like paralysis, impaired speech, hearing and vision.

“It was all completely out of the blue. There were no warning signs at all, she was fine before. We are all in shock, her right arm is very weak and her memory is bad. She started walking now, but she can't walk for long she still has a wheelchair. She did lots of dancing and gymnastics, she was healthy and there were no signs of a stroke,” her mother said.