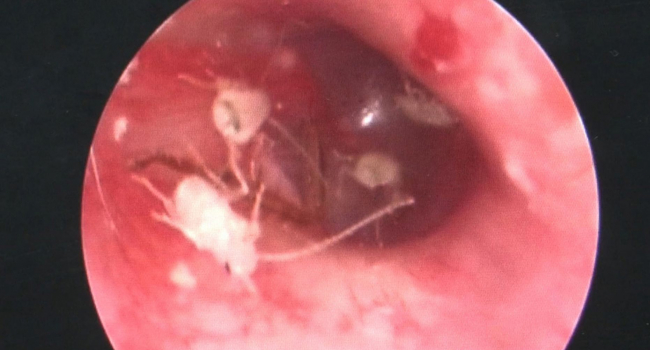 Сockroaches have ‘settled’ in the Chinese man’s ear, 7news reported.

The Chinese, 24, had pain in his ear, as if someone was crawling inside.

Ear, nose and throat specialist Zhong Yijin recalled: “He said his ear hurt a lot, like something was scratching or crawling inside. It caused a lot of discomfort. I discovered more than 10 cockroach babies inside.”

The doctor took out small cockroaches with tweezers, and also found and removed their ‘mother.’

He prescribed an ointment to the patient. Mr Lv reportedly had a habit of leaving unfinished food packets near his bed, attracting parasites such as cockroaches.