Indian woman, 55, wakes up during her own funeral 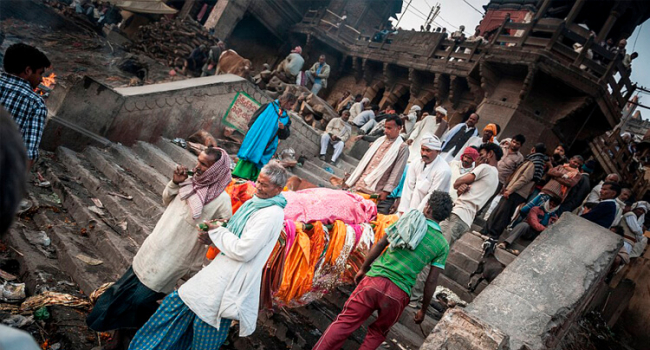 Malu Yallappa Chougule, 55, from the Indian state of Karnataka suddenly woke up during her own funeral, NewIndiaExpress reported.

The woman was admitted to a private hospital with fever, and after some time she lost consciousness. Doctors could not resuscitate her and a few hours later ascertained her death.

Relatives took the body and drove to the village where the woman lived. In the evening, the body was laid in front of the woman’s house, where her friends and family gathered. When they were preparing for the funeral, Malu suddenly woke up, opened her eyes and rose.

One of those present suggested that Malu did not die, but simply was in a coma. Others called her resurrection a miracle and refused to accept other explanations.