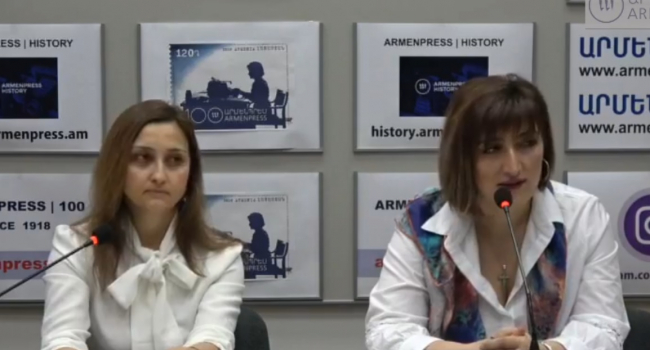 For exactly a year now, the state program for the treatment of acute ischemic stroke has been running in Armenia, and 403 patients received medical services as part of this program, head of the department of health policy Armine Aghajanyan told reporters.

Within the program, patients with acute ischemic stroke undergo a thrombectomy or thrombolysis within the framework of a state order if they have been delivered to the hospital no later than 24 hours after the onset of the stroke and if studies show that the chances of saving it are still quite high - that is, in the brain enough intact tissue.

So far, the program is being carried out in two medical centers, but in the near future all three are planned to have thrombolysis, but not thrombectomy.

As the neuropathologist Nune Yeghiazaryan, the chair of the coordinating council for improving the effectiveness of stroke treatment, noted, if earlier about 800-900 stroke patients visited the Erebuni MC where she heads the neuropathology department every year, then in 2019 they the number rose to 2347, of which 1712 had an ischemic stroke.

Regarding the effectiveness of the procedures carried out within the program, it does not differ from the data of other countries, due to which foreign colleagues highly appreciated the efforts of Armenian specialists. In 2018, stroke mortality was about 25%, in 2019 mortality from ischemic stroke was 17-18% in general, and 12% in the group of patients treated under the program.

According to Nune Yeghiazaryan, the work within the program is very active. For example, yesterday, January 31, four thrombectomies and five thrombolysis procedures were performed at the Erebuni MC.