Scientists find mysterious virus that has no known analogues 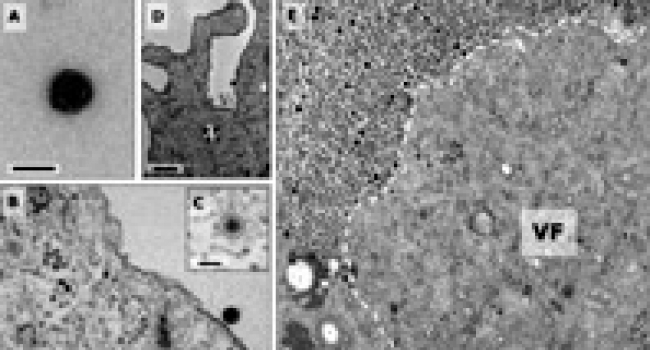 Scientists in Brazil have found a new virus, Yaravirus brasiliensis, which has no analogues.

The DNA of this virus is 90% composed of genes unknown to science.

The virus was found in the artificial Lake Pampulha, Science Alert reported.

It constitutes "a new lineage of amoebal virus with a puzzling origin and phylogeny."

"Most of the known viruses of amoeba have been seen to share many features that eventually prompted authors to classify them into common evolutionary groups," the authors write. "Contrary to what is observed in other isolated viruses of amoeba, Yaravirus is not represented by a large/giant particle and a complex genome, but at the same time carries an important number of previously undescribed genes."