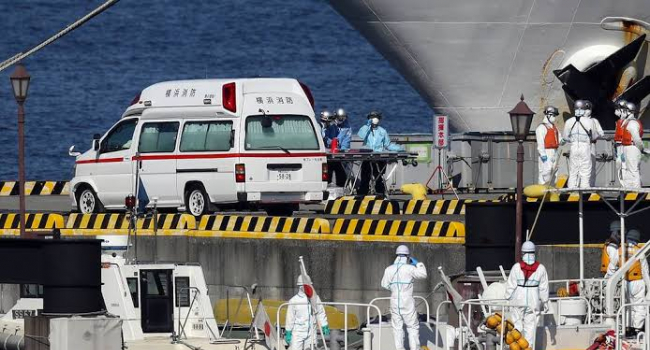 A Russian citizen became infected with the new coronavirus on the Diamond Princess cruise ship in Japan, Russian embassy in Japan reported.

During a medical examination carried out by the Japanese authorities of all the passengers of the vessel, the coronavirus was detected in a Russian citizen on board, the statement said adding that in the near future, the Russian woman will be taken to the hospital to undergo a treatment.

According to Russian media, this is the first officially confirmed case of a Russian citizen becoming infected with a coronavirus. The disease was detected in two Chinese citizens who returned to Russia after a trip to their homeland. Both have already undergone treatment and were discharged from the hospital.

Diamond Princess cruise ship has been quarantined in Yokohama's Japanese port since February 3. According to the latest data, coronavirus infection was detected in 454 passengers of the liner: 99 new cases were confirmed only in the last day.

There are 3,700 passengers on board the ship, including 24 Russians. The liner was supposed to make a two-week cruise along the Kagoshima-Hong Kong-Okinawa route, but it was quarantined when a coronavirus was detected on one of the passengers who went ashore in Hong Kong.

Photo: Embassy of Russia in Japan