Grandfather has brain tumour pulled out through his nose 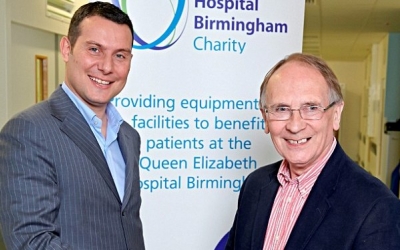 A grandfather diagnosed with a tumour in his brain had the 5cm growth removed through his nose.  Nigel Tinsley first noticed something was wrong when his eyesight began to fail, Daily Mail reported.

The 69-year-old visited his optician within a week of discovering the problem - but was told there was nothing wrong. It was only after he was referred to hospital that tests revealed he had a tumour on the pituitary gland in his brain. This was pressing on his optic nerves, causing him to slowly lose his sight.

To his surprise, doctors said they would remove the growth by sucking it out through his nose.

The grandfather-of-five has now made a full recovery after the operation at Queen Elizabeth Hospital in Birmingham last September.

The treatment, which uses an endoscope - a thin, flexible tube with a camera - meant he could return home within a week of the operation.

The neurosurgeon who carried out the operation, Alessandro Paluzzi, said tumours on the skull base were difficult to remove using conventional procedures. He said: 'The operation is extremely invasive and requires a long stay in hospital with breathing and feeding tubes, and leaves visible scarring.'It also carries a greater risk of brain damage.

'However, the endoscopic surgery allows the tumour to be removed via the nostrils without causing disfigurement or damage to the brain.'

The tumour is reached by working through one nostril and making a hole in the back of the nasal cavity into the bottom of the skull.