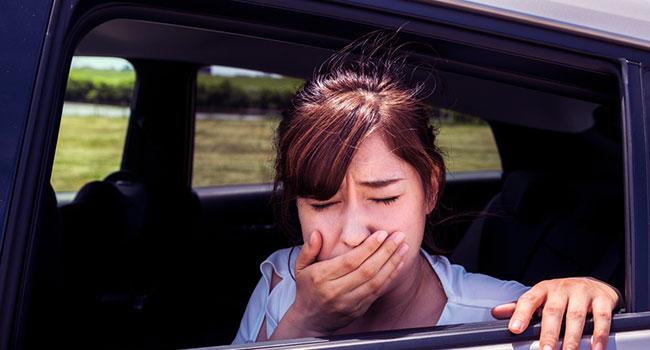 Experts from the University of Warwick have developed a training system that can reduce the manifestation of motion sickness in a vehicle by more than 50%.

According to Mirage News, visuospatial training exercises can prepare the brain and thereby reduce the effects of motion sickness.

Experiments with a car simulator and tests carried out on the road, where volunteers acted as passengers, proved the effectiveness of this approach. As it turned out, the severity of symptoms was reduced so that the volunteers could read easily during the test trip: this was shown by observations and changes in the state, noted in real-time.

During the study, symptoms such as nausea, discomfort, stomach problems, etc. were required to be assessed every minute on a scale from 0 to 20.

As part of the training, developed by scientists, the volunteers performed various visual-spatial learning tasks by drawing on paper. These sessions were held once a day for 15 minutes for 2 weeks. The volunteers also looked at the layouts of the boxes in the picture and had to determine which of the three is the original, but upturned. There were also assignments for folding paper and understanding spatial patterns.

According to scientists, all these exercises reduced the manifestations of motion sickness by 51% in a car simulator and 58% on a real road.