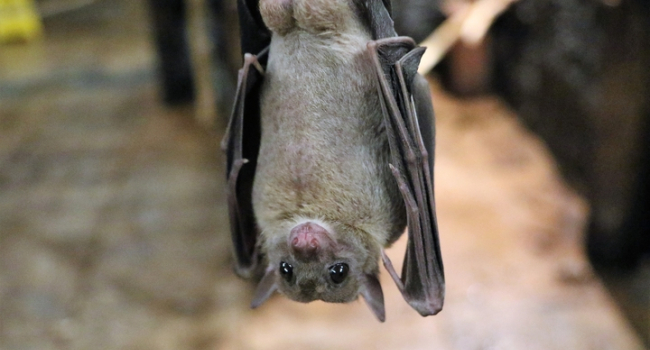 The new coronavirus RhGB01 has been found in British horseshoe bats.

While this virus does not pose a danger to humans, there is a risk of recombination of this and similar viruses with SARS-CoV-2, which can lead to new outbreaks of infections among people. These findings of specialists from the National Infection Service of Great Britain are reported in an article published in the journal Research Square.

According to Lenta.ru, the natural source of SARS-CoV-2 is still unknown, but it is believed that the predecessor of the virus that caused the COVID-19 pandemic and caused the death of more than 5 million people worldwide was the sarbekovirus (a subgenus of coronaviruses) in Asian horseshoe bats or rhinolophids.

Many experts believe that the ancestor of SARS-CoV-2 could have passed from bats to an intermediate host, for example, to pangolins, where the virus underwent mutations, the exchange of genetic material (recombination) with other viruses and other changes affecting the gene.

Since the habitat of rhinolophids covers the whole world, there is a risk that a new SARS-like infection may occur.

The researchers wanted to find out if the bats of the Rhinolophus hipposideros species living in the UK are carriers of sarbecoviruses. Fecal samples were collected from 53 individuals from Somerset, Gloucestershire and Monmouthshire counties, caught in August-September 2020. Genetic material was isolated from the samples and analyzed for the presence of viral RNA. The reconstructed viral genomes were then compared with the sequences stored in biological databases.

Scientists have discovered an unknown sarbekovirus, designated by them as RhGB01 (stands for Rhinolophus hipposideros, Great Britain 01). They reconstructed 85% of the RNA of the coronavirus, and it turned out that its genome is about 80% similar to the genome of SARS-CoV-2. In this case, the receptor-binding motif (RBM) in the S-protein RhGB01 is only 48% identical to the RBM SARS-CoV-2. In comparison, the RBM of coronaviruses isolated from pangolins and Asian bats is 75% similar to the RBM of the causative agent of COVID-19. In other words, RhGB01 is most likely unable to bind to the human ACE2 cell receptor and cause infection. However, scientists note that this needs to be confirmed experimentally.

However, the researchers point out that there is the possibility of the exchange of genetic material between the new sarbecovirus (and the like) with SARS-CoV-2, if both viruses meet in the body of a bat. This can lead to the emergence of new zoonotic infections.

Thus, the scientists conclude, it is necessary to strengthen the surveillance of coronaviruses in horseshoe bats throughout the habitat of these animals.