What are the dangers of tomatoes? 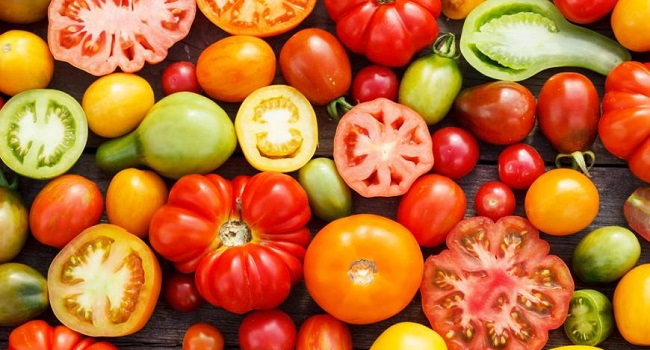 Tomatoes have useful properties, but some people should limit their amount in their diet, dietitian Elena Solomatina said in an interview with Radio Sputnik.

The nutritionist noted that unripe fruits can contain such a dangerous substance as solanine.

"Tomatoes are useful, but they belong to the Solanaceae family and may contain solanine (plant poison), so it is important to eat only ripe fruits," Solomatina said.

Tomatoes may also contain other harmful substances. The nutritionist said this "dark" side of the product should always be considered by people with certain illnesses, such as peptic ulcer disease, gastritis and pancreatitis.

"If a tomato has a lot of hard veins, especially yellow veins, it's clear that it's been fed nitrates," the specialist said.

She also warned that nitrates turn into dangerous nitrites in the human body and can disrupt cellular respiration, converting hemoglobin to an inactive form unable to carry oxygen.

Caution should be used with tomatoes for those who suffer from peptic ulcer disease, gastritis, pancreatitis, urolithiasis. The average rate is three tomatoes a day, but it also depends on the person's condition, Solomatina added.