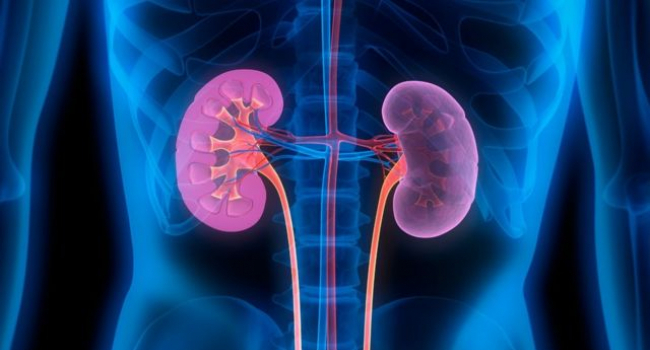 A new algorithm developed by researchers at Columbia University can analyze thousands of genome variants and estimate a person's risk of developing chronic kidney disease - and it works in people of African, Asian, European and Hispanic descent.

"With this polygenic method, we can identify people at risk decades before the onset of kidney disease, and those at high risk can adopt protective lifestyle changes to reduce that risk," Krzysztof Kiryluk, MD, associate professor of medicine and physician-scientist in the nephrology department at Columbia University's Vagelos College of Physicians and Surgeons, said.

Early detection of kidney disease can prevent many cases of kidney failure and reduce the need for transplantation or dialysis, but the disease often goes unnoticed until it causes significant kidney damage.

Genetic testing may be able to predict the risk of developing kidney disease long before symptoms appear, but there are probably thousands of inherited variants involved, and most of them have only a small impact. In addition, some genetic variants are more common in some ethnic groups than in others.

In a new study published in Nature Medicine, Krzysztof Kiryluk and his team described their method and tested it on 15 different groups of people, including people of European, African, Asian and Hispanic descent. The algorithm analyzed variants of a gene called APOL1-, which is known to be a common cause of kidney disease in people of African descent, and thousands of other kidney disease variants found in people of all races.

The study also confirmed that APOL1 is an important risk factor in people of African descent. But even if APOL1 is present in a person, other genes can increase or decrease the risk of developing chronic kidney disease. This information could be important when new drugs are developed specifically for people with APOL1.