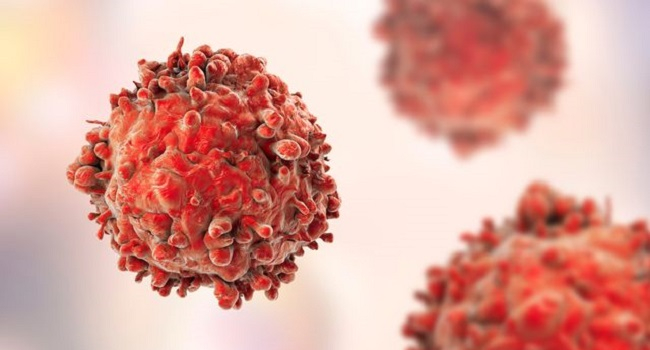 Columbia University and MIT researchers have uncovered surprising reasons why cancer cells often have to rely on fat imports, which could lead to new ways of understanding and slowing tumor growth.

The study, led by Dennis Vitkup, assistant professor of systems biology at Columbia University's Vagelos College of Physicians, and Matthew Vander Heiden, MD, PhD, director of the Koch Center at MIT, was published in the journal Nature Metabolism.

The common nutrients we eat, like fat, and the oxygen we breathe, are likely to play a significant role in cancer cell growth.

Oxygen is best known for its role in energy production in the body, which is why when we exercise, it becomes harder for us to breathe. Because many cancer cells live in oxygen-depleted environments, it is often assumed that their growth is energy-limited.

But oxygen also has a lesser-known role, which is to provide the oxidative power for chemical reactions that produce the biomolecules needed to build new cells.

A new study, to the surprise of scientists, showed that cancer cells in conditions of hypoxia usually have more energy than they need to grow. When the researchers gave the cancer cells extra nutrients to generate energy, the cells didn't respond.

Instead, when the researchers used various methods to unblock biosynthetic pathways inhibited by the lack of oxygen, the cancer cells increased their proliferation significantly.

Fat molecules are used to build the membranes of new cells, and fat synthesis is especially difficult for cancer cells, which need to synthesize new membranes in order to grow. Without access to oxygen, cells cannot adequately supply their fat synthesis pathways.

As a result of the influence of oxygen on biosynthesis, cancer cells growing in an oxygen-limited environment are highly dependent on the import of fats from the environment. This creates a critical vulnerability for cancer cells, so that reducing the supply of imported fats can slow or stop cancer growth.