How does reducing sitting time affect health of office workers? 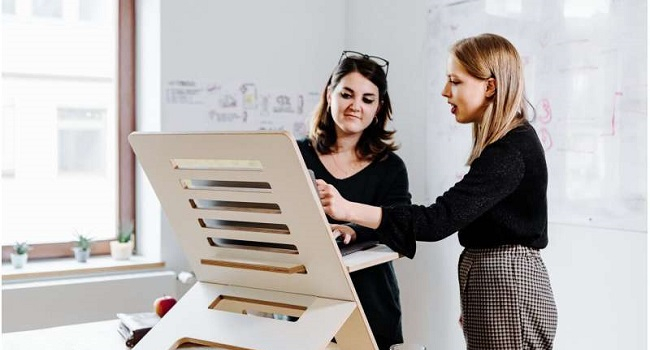 Researchers at the National Institute for Health and Care Research at the Leicester Biomedical Center have developed a program that, when combined with a height-adjustable desk, can reduce the time people spend sitting by more than an hour.

To date, this is the largest study in the world examining programs to overcome sedentary lifestyles in the workplace.

The team tested its SMART Work and Life program, a workplace supervisor training, educational resources, ongoing behavior change support, and a set of apps and software to monitor sitting time - which was designed for people who spend most of their day sitting, in six local authorities in Leicester, Greater Manchester, and Liverpool.

The results of the study were published in the British Medical Journal.

Interestingly, although participants who used the program and height-adjustable desk reduced their sitting time at work, it had little effect on their behavior at home, suggesting that it's difficult to give up the habit of sitting during free time.

According to the researchers, the findings suggest that a combination of education, motivational resources, peer support and standing desks has the greatest effect on reducing sitting at work.

The study authors noted that along with the reduction in sitting time, participants noted small improvements in well-being and performance. They also reported feeling more energetic, focused and productive, and the group that also received a desk reported fewer musculoskeletal problems.