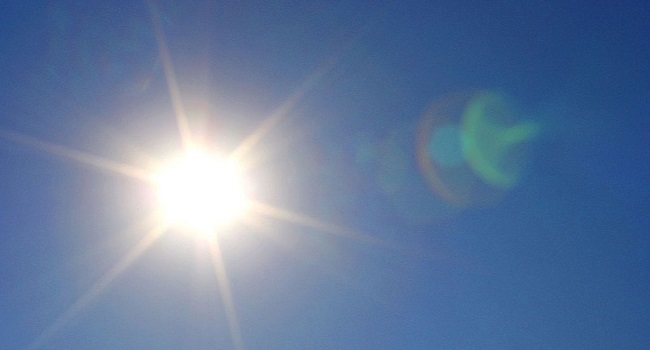 Even contemplating the sun's glare on your phone screen for too long can damage your eyes, experts warn.

Two patients suffered retinal damage after being caught off guard by the powerful reflection of the sun.

Both were sure they weren't looking directly at the sun, so doctors concluded the glare on their devices was to blame.

The 30-year-old man, who spent four hours reading on a tablet on the terrace of the ski center, had his vision distorted and had difficulty distinguishing objects in the distance. His condition later improved.

Another patient, a 20-year-old woman who used her phone on the beach for three hours straight, was less fortunate: a blind spot remained.

In an article published in the Journal of Medical Case Reports, they stated that the reflection of sunlight from electronic devices should be considered a risk factor for developing solar maculopathy, a condition that usually only occurs in people who look directly at the sun or eclipse without sunglasses.

Researchers said both sets of scan results confirmed the presence of solar maculopathy in patients.

Although the condition usually occurs when looking directly into the sun, it also occurs in those who spend time in the snow or sand without eye protection when it is bright -- because both substances reflect light into the eyes.

Sufferers may have temporary or permanent sensitivity to light, as well as distorted vision or blind spots.

Doctors have noted that solar maculopathy can go away on its own, as happened in the man's case, as the eye heals from within.

However, if the sun damaged the outer retina, the patient may be left with a blind spot in his vision.

According to medics, this is because sunlight destroys photoreceptors in a certain part of the eye, which are needed to convert light into electrical signals sent to the brain for processing.