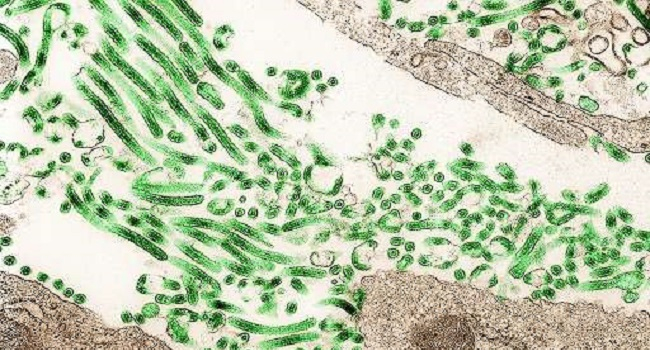 Uganda's health ministry on Tuesday announced the first death from the highly contagious Ebola virus in the country since 2019, announcing an outbreak in the central region of Mubende.

"The confirmed case is a 24-year-old man ... (who) showed symptoms of EBV (Ebola virus - ed.) and later died," the ministry said on Twitter.

The World Health Organization said the 24-year-old man in Mubende was found to have a "relatively rare Sudanese strain" of the virus.

"This follows an investigation by the National Rapid Response Team into six suspicious deaths that occurred in the county this month," the WHO said in a statement.

Eight other patients with suspected virus are being treated, WHO said.

There have been seven previous outbreaks of the Sudanese strain, including four in Uganda and three in Sudan, the WHO said.

Uganda, which shares a porous border with the Democratic Republic of Congo (DRC), has experienced several Ebola outbreaks in the past, most recently in 2019 when at least five people died.

There are currently no licensed drugs to prevent or treat Ebola, although a number of experimental drugs are in development, and thousands of people have been vaccinated in the DRC and some neighboring countries.

Ebola is an often fatal viral hemorrhagic fever. According to the WHO, the fatality rate is usually high, reaching 90% in some outbreaks.

First identified in 1976 in the DRC (then Zaire), the virus, whose natural host is the bat, has since caused a series of epidemics in Africa that have killed about 15,000 people.

The virus is transmitted to humans through body fluids, with fever, vomiting, bleeding and diarrhea being the main symptoms. Infected people become infectious only after symptoms appear, that is, after an incubation period of two to 21 days.