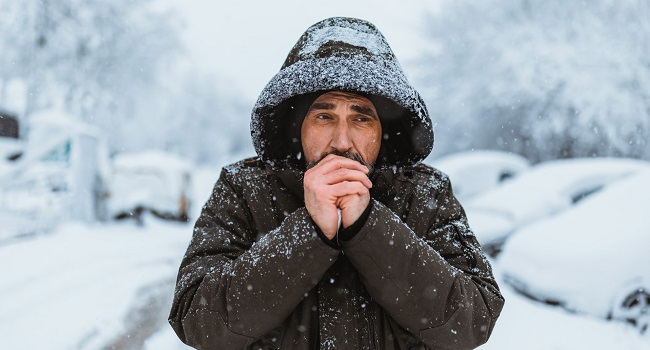 Fifteen obese volunteers were exposed to temperatures up to 10 degrees Celsius, similar to the temperature of a cold bath or shower.

But instead of plunging into the water, the volunteers wore a special water-filled suit that controlled their temperature.

They were all forced to shiver in the cold for an hour a day for 10 consecutive days.

The scientists took blood glucose tests from the participants before the experiment began, as well as immediately afterwards.

The results showed that their blood sugar levels dropped from an average of 5.84 to 5.67 mmol/L, the equivalent of about 6 percent.

Blood pressure readings, which are usually higher in obese people, also decreased by 8.4%.

The researchers concluded that exposure to cold may be "an alternative strategy for the treatment and prevention of type 2 diabetes."

Type 2 diabetes occurs when the body does not produce enough insulin or when the hormone produced does not work properly, resulting in high blood sugar levels.

As a result, the pancreas begins to secrete insulin, which allows the body to use glucose for energy.

Uncontrolled diabetes can lead to blindness and cause patients to have to have limbs amputated or go into a coma.

Previous studies have shown that glucose is broken down faster when the body is cold, because this causes fat stores to produce heat, which occurs by burning extra calories stored inside the body.

It is for this reason that some experts believe that a cold bath or shower can help people trying to lose weight.