Ex-smokers may reduce risk of early death through healthy lifestyle 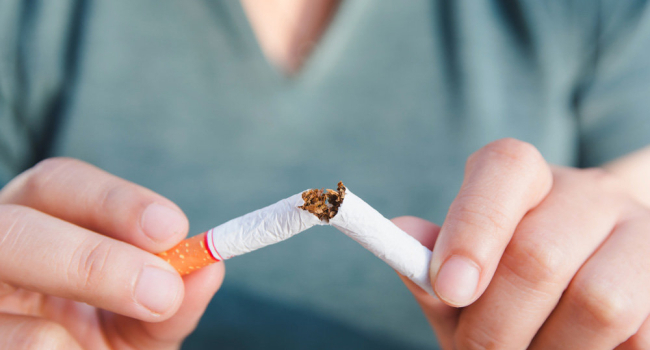 Fifty-two million former smokers in the United States should adopt healthy lifestyles to reduce their risk of early death, according to a new federal study.

Researchers from the National Cancer Institute, part of the National Institutes of Health, reported a lower risk of death for cancer, heart and lung disease and other ailments.

Adherence to evidence-based recommendations for maintaining a healthy body weight, physical activity, a healthy diet and limiting alcohol consumption were associated with a 27 percent reduction in the risk of death for former smokers over a 19-year follow-up period compared with those who did not follow a healthy lifestyle, the researchers found.

The findings were published in the journal JAMA Network Open.

About 160,000 former smokers took part in the new analysis. They filled out questionnaires about lifestyle, demographics and other health information.

At the start of the study, participants were on average 62 years old. During the study, 86,127 of them died, and the researchers extracted information about death, including cause of death, from the National Mortality Index.

The scientists say the reduction in risk of death was independent of a person's health status, presence of other diseases, number of cigarettes smoked per day, years since giving up smoking, and age when a person started smoking.