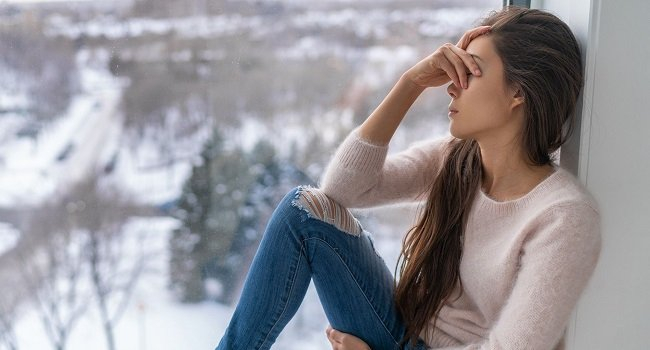 Stress, anxiety, worry, sadness and anger levels among women worldwide are at a 10-year high, according to a new report.

In one of the largest studies on women's well-being, analytics firm Gallup and Hologic, Inc. teamed up to survey more than 66,000 women in 122 countries, USA Today reported.

Compared to 2020, anxiety, stress and anger among women are up 3% and sadness is up 6%, a record high since the Gallup World Poll began tracking emotional health a decade ago.

The study authors also found that the gap in emotional health between men and women has widened over the past year: 39 percent of men report feeling anxious, 39 percent stressed, 26 percent sad and 21 percent angry.

Experts say the report shows that women bear a disproportionate emotional burden of the pandemic as many families faced joblessness, unstable housing, and disruptions in health care and child care services.

During the pandemic, both men and women left their jobs en masse, but studies show that men returned to work faster.

Data from the Bureau of Labor Statistics show that women's jobs have dropped by 100,000 since February 2020, while men have 132,000 more jobs as of July 2022, according to an analysis by the National Women's Law Center, a nonprofit organization that advocates for women's rights.

Experts also argue that women are disproportionately affected by rising rates of domestic violence, with a 25-33% increase worldwide, according to the American Journal of Emergency Medicine.