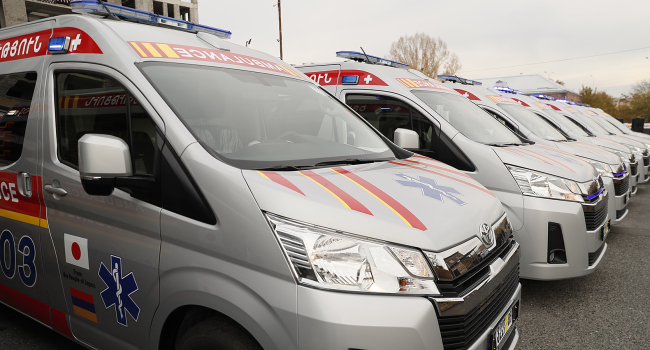 Armenian Prime Minister Nikol Pashinyan took part in the ceremony of handing over new ambulances donated to Armenia by the Japanese government, which took place in the courtyard of the National Burn Center, according to the press service of the Armenian government.

The ambulances were donated to our country within the framework of the "Economic and Social Development" grant agreement signed between the governments of Armenia and Japan on June 30, 2020.

Among the 39 new generation ambulances provided to Armenia, 35 are linear ambulances and 4 are resuscitation ambulances. Prime Minister familiarized himself with the capabilities of the cars. The responsible persons underlined that the latter are equipped with modern medical equipment and auxiliary attributes.

The cost of the program is 3.5 million dollars.