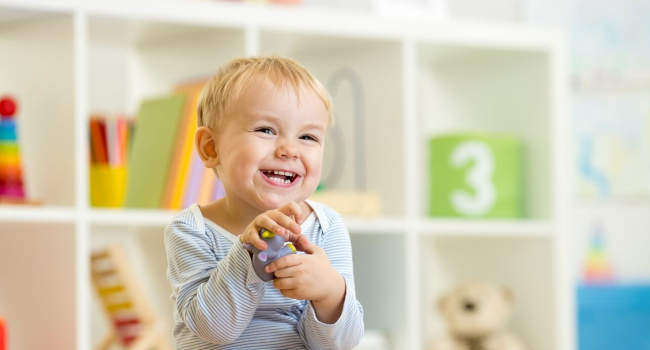 Infants as young as 14 months of age can already think through several alternatives on their own, scientists at Central European University have found. The study was published in the journal Philosophical Transactions of the Royal Society B.

In the experiment, 10- and 12-month-old infants were shown a video animation in which three different objects (a doll, a toy elephant, and a ball) moved on two screens. All of the objects had the same top look. When the object appeared on one of the screens, it was visible in its entirety; on the second screen, the lower part was covered. Scientists created several scenarios: in one case, the upper part was compatible with only one option, such as an elephant, in others - with two.

When the children watched the animations, the scientists recorded the diameter of their pupils. The study showed that the pupils of 14-month-old infants dilated more when they looked at a scene involving multiple choices. According to scientists, the increased pupils indicate an increased mental process and imagination - the child at this moment is thinking through all the possible scenarios of events.

The ability to imagine and compare several possible scenarios plays an extremely important role in human life. These results show that the foundation for imagination and the ability to think about alternative possibilities is laid very early, before children even master speech.