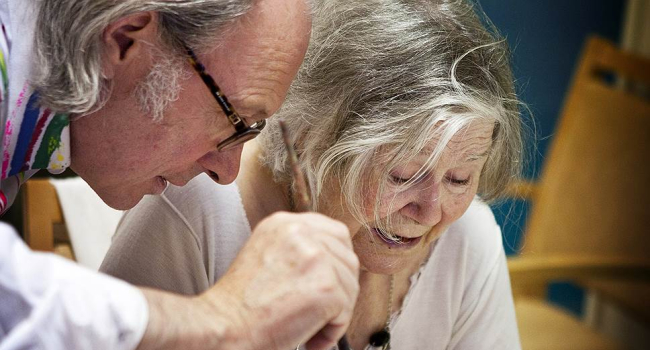 Scientists from Belgium, Russia and Italy have found a new approach to treating Alzheimer's disease. In the long term, this will make it possible to create drugs to fight the disease, which is now considered incurable.

Researchers have found that activation of certain receptors in the brain reverses the processes associated with Alzheimer's disease. Scientists have already tested the technique on laboratory animals and found that the rodents that received the experimental treatment have partially recovered cognitive functions and memory. The results are published in the International Journal of Molecular Sciences, RT reported.

In Alzheimer's disease, which affects at least 27 million people worldwide, the connections between neurons in the brain are disrupted, resulting in fading of thinking and memory loss. The authors of the study proved that it is possible to partially restore normal brain function by activating special receptors for amines, molecular residues of amino acids that are present in the brain, in neurons.

Molecules of so-called trace amines have long been found in brain tissue. Their structure resembles molecules of the hormones dopamine and serotonin. For a long time, scientists did not know whether amines played any role in nervous activity. However, the discovery of specific receptors for amines showed that these compounds are involved in brain neurons.

Scientists focused on the TAAR1 receptor and found that its activation can, to some extent, normalize brain function in Alzheimer's patients. The fact is that such activation wakes up the signal transduction system between neurons, which stalls in Alzheimer's disease.

We are talking about the glutamate neurotransmitter system. Glutamate molecules are not only capable of enhancing the taste of food, but also connect neurons in the human brain: they perceive this transmitter due to the presence of special receptors for glutamate. In Alzheimer's disease, these receptors stop working and the connections between neurons are disrupted.

The authors of the study at the cellular level reproduced the chemical processes occurring in the brains of people with Alzheimer's disease. By adding the TAAR1 receptor activator to a test tube, the scientists saw how the frozen glutamate receptors were reactivated.

Neurobiologists administered the TAAR1 activator to one group of mice suffering from dementia, while the second group received no therapy. As a result, the animals from the first group not only began to behave much more calmly, but also showed an improvement in memory. The treated rodents performed better on special tests than the mice in the control group.