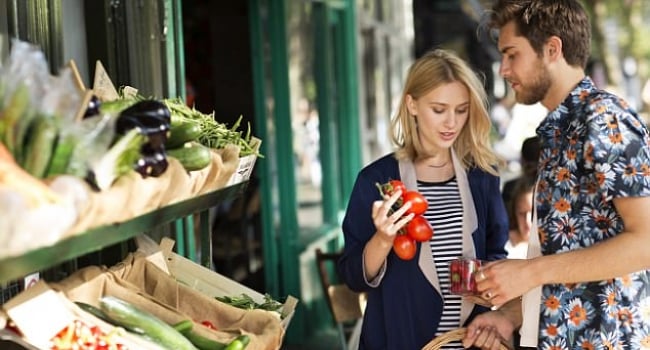 
While many believe the key to losing weight is a strict calorie-counting regime, a new study has found this is not necessarily the case.

Instead, weight loss can be achieved without counting any calories and enjoying as much food as you like - as long as it's the right food.

The study, conducted by the Royal New Zealand College of General Practice, saw 33 participants asked not to count calories or increase their exercise over a period of 12 weeks.

During this time they were also asked to eat a plant-based diet without any processed products.

And as a result, the participants lost or maintained an average of over 10 kilograms in the year after the 12 week program concluded.

During the initial 12 weeks the participants enjoyed a diet of fruit, whole grains, vegetables, legumes and unrefined soy and were given cooking classes.

They were also asked to limit their intake of high-fat plant foods like nuts and avocados.

According to Stuff, six months on from their 12 week program, the participants had lost an average of 12.1 kilograms each and reported 'higher self-esteem and nutritional know-how and had lower cholesterol'.

'People need concrete skills they can learn and rehearse, especially in an enabling and comfortable environment,' he said.

Dr Wright added that when it comes to 'healthy fats', moderation is okay at a healthy weight but not so much at an unhealthy weight.

'Once someone is at a normal weight they can reintroduce these foods without too many problems. The problem arises when people think they are good for weight loss, due to some pretty shoddy science,' he said.

And when addressing the benefits of ditching calorie counting, Dr Wright explained that successful weight loss is simply the result of a change in 'energy balance'.

But this energy balance can be changed without eating less.

'Taking in less energy can be "eating less" - but we don't think this is the best approach, as it's hard to sustain being hungry. Consuming less calories doesn't have to be actually eating less food, it can be simply eating less dense foods,' he explained.

Those who have followed this whole food plant-based diet have also been known to experience reversal of ischaemic heart disease, improvements in glycaemic control and reduction of prostate-specific antigen in biopsy-proven low-grade prostate cancer.