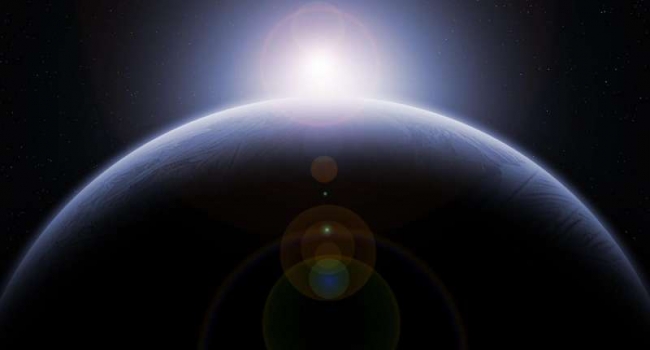 
Experts at this year's Euroanaesthesia congress in Geneva (3-5 June) will discuss the unusual and challenging problem of how to perform emergency medical procedures during space missions.

"Space exploration missions to the Moon and Mars are planned in the coming years. During these long duration flights, the estimated risk of severe medical and surgical events, as well as the risk of loss of crew life are significant." according to Dr Matthieu Komorowski, Consultant in Intensive Care and Anaesthesia, Charing Cross Hospital, London, UK. "The exposure to the space environment itself disturbs most physiological systems and can precipitate the onset of space-specific illnesses, such as cardiovascular deconditioning, acute radiation syndrome, hypobaric decompression sickness and osteoporotic fractures."

In the event of a crew member suffering from an illness or injury, they may have to be treated and cared for by personnel with little formal medical training at their disposal and without the equipment and consumables that would be available in a comparable situation on Earth. Dr Komorowski notes that: "In the worst-case scenario, non-medical personnel may have to care for an injured or ill crewmember. Far from low earth orbit, real-time telemedicine will not be available and the crew will need to be self-reliant." He adds that: "Duplication of skills will be critical to enhance crew safety, especially if the doctor on board himself becomes ill, injured, incapacitated or dies. As such, extending basic medical training to most crewmembers will be extremely important."

Despite these measures, Dr Komorowski cautions that: "In remote environments, medical and surgical conditions with a low probability of success that also require using vast quantities of consumables are often not attempted. Similarly, during future space exploration missions, the crew must prepare for non-survivable illnesses or injuries that will exceed their limited treatment capability."

He will discuss various solutions and countermeasures that could be applied and discuss how they have been inspired by the needs of medical care in austere environments such as Antarctic polar bases, expeditions to remote areas, and during military operations here on Earth. These include ideas such as matching crew members for blood type to enable transfusions in an environment where blood products will not be available, or making use of on-demand 3D printing of medical equipment rather than carrying items that would most likely not be needed during the mission.

In the event of a serious problem such as a cardiac arrest, it may be necessary to perform cardiopulmonary resuscitation (CPR); an especially difficult procedure to perform in microgravity. This will be covered by Professor Jochen Hinkelbein, Executive Senior Physician, Department of Anaesthesiology and Intensive Care Medicine, University Hospital of Cologne, Cologne, Germany. He is also President of the German Society for Aerospace Medicine (DGLRM).

Prof Hinkelbein points out that "Since astronauts are selected carefully, are usually young, and are intensively observed before and during their training, relevant medical problems are, fortunately, rare in space. However, in the context of future long-term missions, for example to Mars, with durations of several years, the risk for severe medical problems is significantly higher. Therefore, there is also a substantial risk for a cardiac arrest in space requiring CPR." The space environment presents a number of unique problems that must be overcome in order to deliver emergency medical care. In microgravity it is not possible to use one's body weight to perform actions such as CPR as would be done on Earth, and there are strict limits on the amount of medical equipment and consumables that can be taken on a mission.

Prof Hinkelbein will outline the different methods of CPR that have been tested in microgravity experiments onboard aircraft and in specialised underwater space simulators. The research conducted by his team found that using a 'hand-stand' technique was the most effective way to treat a cardiac arrest and most closely matched the guidelines used here on Earth. In situations where that method couldn't be used such as small confined spaces, the alternative is the Evetts-Russomano method of wrapping the legs around the patient to prevent them floating away while performing compressions was judged to be the best alternative.

He concludes that: "In the context of future space exploration, the longer duration of missions, and the consecutively higher risk of an incident requiring resuscitation increase the importance of microgravity-appropriate medical techniques."